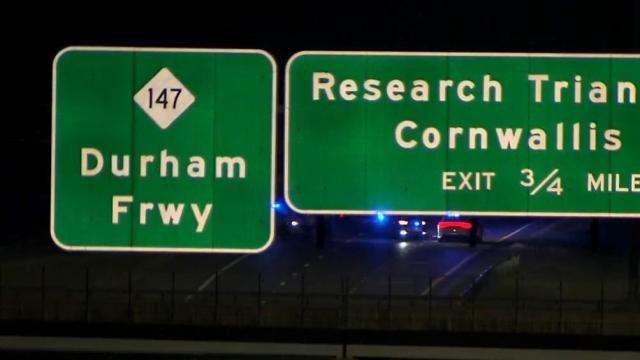 Durham, N.C. — Charges could be filed after a passenger died in an early-morning crash along the Durham Freeway on Tuesday.

Gregory Allen Coley, 41, was speeding in a Mercedes Benz when he struck the back of a vehicle, causing it to hit a guardrail in the median. The Mercedes overturned, injuring Coley, who was taken to the hospital.

Daniel Joseph Watt, 26, who was sitting in the backseat of the vehicle that Coley struck, was thrown from the vehicle and died at the scene. He was not wearing a seatbelt, according to officials. Watt was a residence coordinator in Student Affairs who began his career at Duke in July 2019.

Alex Marroquia, 26, who told the Highway Patrol that he is an Uber driver, was also injured and taken to Duke Medical by ambulance.

Marroquia also drove for Lyft, and was working for them at the time of crash.

Lyft which issued this statement:

"We are heartbroken by this tragic incident. Our hearts are with the rider's family during this incredibly difficult time, and we've attempted to reach out to them as well as the driver to offer our support. We stand ready to assist law enforcement however we can."

The crash happened just after 1 a.m. near the Ellis Road exit. The surrounding stretch of the road was closed for several hours, but has since reopened.

Alcohol and speed are believed to be causative factors in this collision. Officials say charges are forthcoming.

According to Hubert Mills, a driver who frequents that stretch of highway, "On Ellis Rd., there's a lot of accidents always on that road. At least twice a week or every month."