According to the Durham Police Department, officers responded to 3323 Durham-Chapel Hill Blvd. before 9 p.m. They said a 2005 Ford Focus traveling in the southbound lanes ran off the left side of the road.

The driver overcorrected, causing his car to spin 180 degrees and slide into a concrete bridge support near Academy Road. 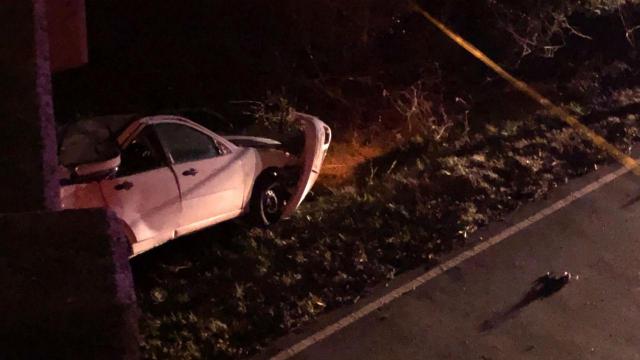 The driver, Devin Hopkins, 41, of Durham, suffered minor injuries in the crash. He was charged with felony death by motor vehicle and felony serious injury by vehicle and was being held in the Durham County Jail under a $50,000 bond.

An investigation is ongoing. Investigators believe speed and alcohol were both factors in the crash.

The road was closed from Legion Avenue to Academy Road until 11 p.m. as officials attended to the crash scene.