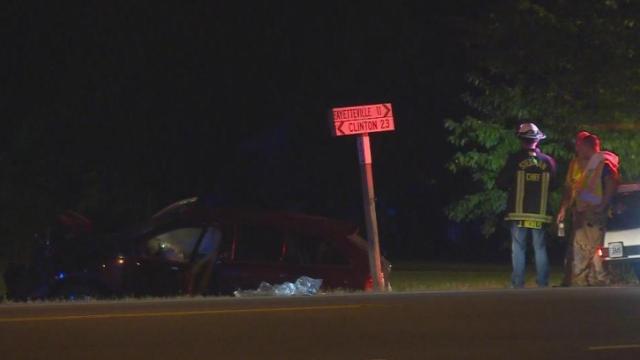 According to officials in Cumberland County, the fatal accident occurred on NC-24 near Magnolia Church Road around 3:15 a.m.

A Ford Edge SUV was traveling east when it ran off the road, struck a mailbox, crossed a ditch and struck a tree. The car was traveling at 45 miles per hour, authorities said.

The driver of the car survived the wreck, but a back seat passenger suffered head trauma and died at the scene.

Speed and alcohol are not factors at this point, officials say, but the victim was not wearing a seat belt.