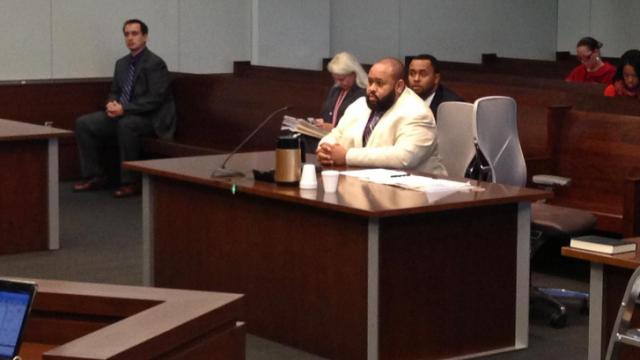 Prosecutors offered Thomas a plea deal in July, but he had not decided whether to accept it and entered a not guilty plea earlier this month. He made no comment during Wednesday’s hearing in Durham County Superior Court.

Thomas, who has a criminal record dating to 2006, was arrested in Durham last December on charges of maintaining a dwelling for selling a controlled substance and possession of marijuana, drug paraphernalia and a firearm by a convicted felon. In a hearing on the case in June, Griffin, expressed concern that his client could not get a fair trial because of his widely publicized links to UNC basketball players.

Thomas' history includes at least nine offenses – four of them felonies – in Durham and Wake counties over the past seven years. His offenses include drug paraphernalia possession, obtaining property by false pretense, carrying of a concealed weapon, possession of stolen goods and printing and spending false money.

Hairston and two others were arrested in June when police found marijuana in their vehicle during a traffic stop. Hairston was also charged with driving without a license, and the vehicle, a rented GMC Yukon, was traced back to Thomas.

Hairston told police a man he referred to as "Fats" gave him the car to visit friends in Atlanta.

The arrest was Hairston's second run-in with the law. On May 13, he was stopped for speeding while driving a Hertz rental car that was paid for Thomas' wife.