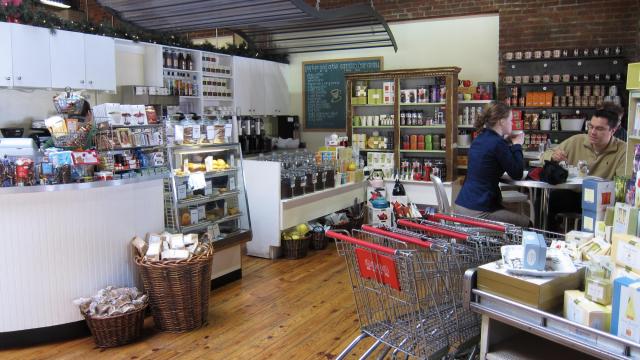 Durham, N.C. — After 13 years in the same location, Parker & Otis has announced it will move to the American Tobacco Campus in November.

The restaurant, wine shop and retail store will be moving into the former Tyler's Taproom space in Bay 4.

Owner Jennings Brody is excited for a chance to reset the business.

Parker & Otis recently teamed up with ATC for a test run of its standalone stationery shop, Parker Paper Company. The shop was part of the PopUp @ ATC program.

In January, Parker Paper Company announced it would be opening permanently in the Diamond View III building on Blackwell Street.

Parker & Otis to have permanent shop at ATC in Durham

“Jennings is the kind of home grown entrepreneur who embodies the qualities that make the Bull City a fantastic place to start and build a business,” CBC senior vice president of real estate Michael Goodmon said. “Her and her team’s focus on community and quality make this move a home run not only for the campus but the entire city.”