Panic in Hawaii as Missile Alert Is Sent in Error 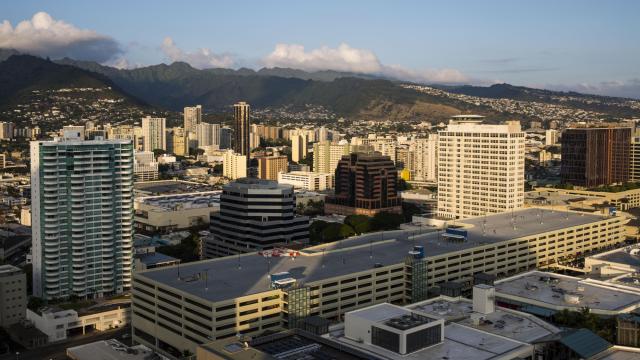 An emergency alert mistakenly warning of an incoming ballistic missile attack was dispatched to cellphones across Hawaii early Saturday, setting off widespread panic in a state that was already extremely anxious because of escalating tensions between the United States and North Korea.

Officials recalled the alert about 40 minutes after it was issued in a scramble of confusion over why it happened. Outrage was immediately expressed by state officials and among people who live in what is normally a famously tranquil part of the Pacific.

Officials said the alert had resulted from human error and was not the work of hackers or a foreign government. Gov. David Y. Ige told CNN in an interview that someone had “pressed the wrong button” during a shift change at the Hawaii Emergency Management Agency.

At no time, officials said, was there any indication that a nuclear attack had been launched on the United States. “The public must have confidence in our emergency alert system,” Ige said. “I am working to get to the bottom of this so we can prevent an error of this type in the future.”

The Federal Communications Commission announced Saturday afternoon it had begun “a full investigation into the FALSE missile alert in Hawaii.”

The alert went out at about 8:10 a.m., lighting up phones of people still in bed or up for an early surf. “'BALLISTIC MISSILE THREAT INBOUND TO HAWAII. SEEK IMMEDIATE SHELTER. THIS IS NOT A DRILL,” it read.

People flocked to shelters, crowding highways in scenes of terror and helplessness. “I was running through all the scenarios in my head, but there was nowhere to go, nowhere to pull over to,” said Mike Staskow, a retired military captain.

At Konawaena High School on the Island of Hawaii, where a high school wrestling championship was taking place, school officials, more accustomed to responding to alerts of high surf or tsunamis, moved people to the center of the gym as they tried to figure out how to shelter someone from a nuclear missile.

“Everyone cooperated,” said Kellye Krug, athletic director at the school. “Once they were gathered, we let them use cellphones to reach loved ones. There were a couple kids who were emotional, the coaches were right there to console kids. After the retraction was issued, we gave kids time to reach out again.”

Matt LoPresti, a state representative, told CNN that he and his family headed for a bathroom. “I was sitting in the bathtub with my children, saying our prayers,” he said.

Around the Ko’a Kea Hotel at Poipu Beach on the island of Kauai, guests looked quizzically around, wondering aloud if the alert was real. Many made their way to the main lobby, where they were invited by hotel staff to shelter in the basement parking garage among the vehicles. Very little information was provided, and the sense of urgency and panic rose.

Within several minutes, about 30 people were huddled in the garage, some making phone calls or scanning Twitter for details. Others gathered together near the edges of the garage, trying to make sense of the alert. At least one young guest was crying.

Word spread quickly after U.S. Rep. Tulsi Gabbard of Hawaii tweeted at 8:19 that the alert was a false alarm. The hotel staff, however, told guests not to leave the property until they got the all clear. Many decided on their own that it was safe to venture out once tweets began appearing from officials saying the alert was false.

In Washington, the White House said President Donald Trump had been informed of the events. “The president has been briefed on the state of Hawaii’s emergency management exercise,” said Lindsay Walters, a deputy press secretary. “This was purely a state exercise.”

Sen. Brian Schatz, D-Hawaii, said that the alarm was false. “There is no missile threat,” he said. “It was a false alarm based on a human error.”

“What happened today is totally inexcusable,” he said. “The whole state was terrified. There needs to be tough and quick accountability and a fixed process.”

The false alert was a stark reminder of what happens when the old realities of the nuclear age collide with the speed — and the potential for error — inherent in the internet age.

The alert came at one of the worst possible moments: When tension with North Korea has been at one of the highest points in decades, and when the government of Kim Jong Un, North Korea’s leader, has promised more missile tests and threatened the possibility of an atmospheric nuclear test. But the cellphone alerting system was in the hands of state authorities; the detection of missile launches is the responsibility of the U.S. Strategic Command and Northern Command, essential cogs in the military. It was the military — not Hawaiian officials — who were the first to come out and declare that there was no evidence of a missile launch. During the Cold War there were many false alarms. William J. Perry, defense secretary during the Clinton administration, recalled in his memoir “My Journey at the Nuclear Brink,” a moment in 1979 when, as an undersecretary of defense, he was awakened by a watch officer who reported that his computer system was showing 200 intercontinental ballistic missiles headed to the United States. “For one heart-stopping second I thought my worst nuclear nightmare had come true,” Perry wrote.

In fact the general who called him said they believed it was a false alarm, but had not yet figured out what went wrong. It turned out a training tape had been mistakenly inserted in an early-warning system computer. No one woke up the president. But Perry went on to speculate what might have happened if such a warning had come “during the Cuban Missile Crisis or a Mideast war?” And that is exactly what the U.S. faces today with North Korea.

It is an especially difficult problem because of growing fears inside the military about the cyber vulnerability of both the nuclear warning system and nuclear control systems.

Because of its location, Hawaii — more than any other part of the United States — has been threatened by the escalating tensions and the risks of war. Preparations had already begun, including an air raid siren alert on Dec. 1, the start of what officials said would be monthly drills.

On Friday, the day before the erroneous alert, several hundred people attended an event in Honolulu sponsored by the Chamber of Commerce in which military commanders, politicians and others discussed the threat to the islands’ population.

“The U.S. is the designated recipient — and that’s because we are public enemy No. 1 to North Korea,” Dan Leak, a retired Air Force lieutenant general and Pacific Command deputy commander, was quoted as saying in the Honolulu Star Advertiser.

In a keynote speech to the group, Admiral Harry B. Harris Jr., commander of the U.S. Pacific Command, was quoted as saying: “While the possibility of a nuclear strike is slim, we now live in a world where we must be prepared for every contingency.”