Selma, N.C. — The owner of The Rudy hopes just one more show might save the 72-year-old musical theater venue in Selma. With pandemic restrictions in full force, that one show cannot be seen in person.

Owner Spook Joyner says he bought the building, located at the edge of downtown Selma, in 1998. Rudolph Howell built the theater in 1948. It’s where Joyner was able to live out his passion for performing what he calls an American Music Jubilee show in front of appreciative fans.

Joyner worked up to producing about 80 live shows per year. 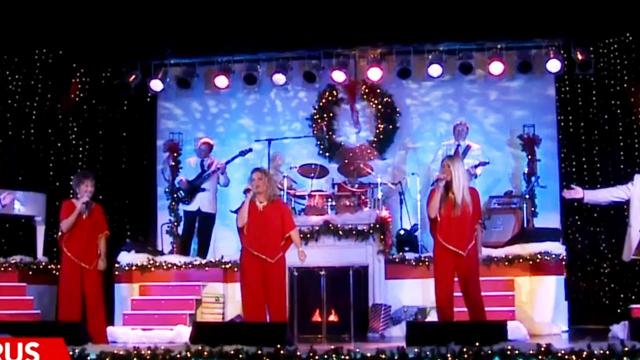 "This was probably going to be the best year I had in a while, but we did one show," he said. "That was in March."

Still, Joyner’s loyal technical support crew along with an array of singers and musicians prepared several productions just in case COVID-19 restrictions were relaxed or canceled.

He had high hopes that the theater's big Christmas show would go on, however, in early November, Gov. Roy Cooper tightened the limits on indoor gatherings. It meant that the Christmas show at The Rudy was canceled.

"It is hard times," confessed Joyner. "Any business can’t survive being shut down like this. This in fact could be, sadly, the last year of The Rudy. It’s kind of like they cut a road through my business and didn’t pay me for it."

Still, his cast and crew continue to offer their support in hopes that the musical tradition in Selma will not end.

Singer Tina Cash says that she and the other performers don’t expect a paycheck. "We all love to perform, and we all love the theater. We don’t want the theater to go under. We just want to help save The Rudy," said Cash.

Joyner did find a way to make sure that everyone’s work will find an audience, even if it is an online performance. He arranged for a video production company to record their show to post on the theater’s Facebook page and website.

The 45-minute show will stream for free, in hopes of appealing to those who want to see The Rudy tradition continue.

"The people will donate and help save the Rudy," said Cash.

Joyner says some who have already bought tickets for a now-canceled live show have said they consider their ticket payment a donation to the theater.