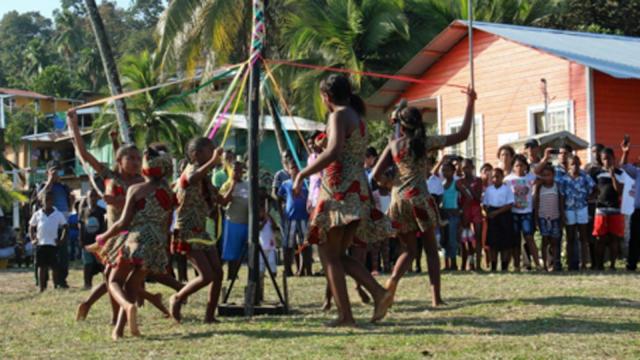 Panama is nearing a shift that could change the country forever. President Juan Carlos Varela attended a national summit in the Bocas del Toro region of Panama on Tuesday, March 15, to address the severity of this issue.

There is a growing chasm between the native population of Panama, its other citizens and the interests of the country moving forward in the modern world. "We are trying to work with the indigenous people," President Varela said. "They are a part of our history."

The indigenous populations cling to the simple way they have lived for centuries. "Many men go to the city for work, but [there are] too many people and cars. It is too fast," said Yoel Sanchez, a 33-year-old Ngöbe man.

Some mainland Panamanians view the indigenous population as a burden on the system, which further divides the population. There are protests. People are enraged. With these divergent interests increasing in Panama, it is important that these differences be recognized before the chasm widens past the point of reconciliation.

The Panamanian government is under pressure to modernize and keep up with the Western world. The summit in Bocas del Toro was a culmination of years of work to bring all the representatives, el cazique, from each native group in the country together. The closed-door meeting was packed with caziques dressed in colorful tribal variations expressing their troubles to President Varela and Vice President Isabel Saint Malo dressed in white at the head of the room. 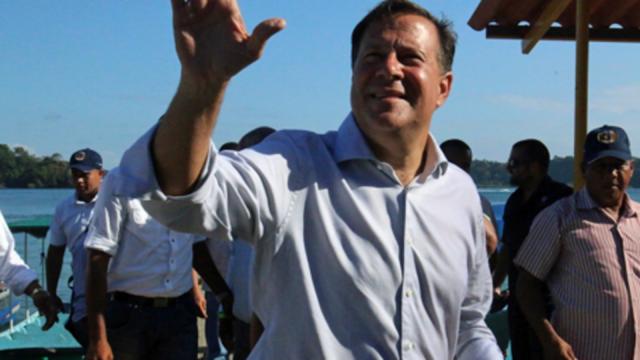 In the 1990s, Ngöbe-Buglé leader Monico Cruz led a petition to request that the government give the indigenous population exclusive land rights to a large western province in Panama. Panamanian politics are notoriously corrupt and under-the-table bribes are often used to do deals. In spite of this, the Ngöbe were given their land, la comarca, in 1997. The deal prohibited any development and gave the Ngöbe-Buglé exclusive rights to the land and its resources. However, that sovereignty is often encroached upon because of international pressure on Panama to use its resources to progress and modernize.

Natives see this as a violation of the land they were given and live to protect. Fernando Morales, a 19-year-old Ngöbe university student, said, "They are trying to blast for the iron near Chiriquí, but we will protect the nature." Panamanian Minister of the Environment, Mirei Heras, said she is dedicated to preserving the integrity of the country's environment. "There are many challenges," she conceded. Both sides must be flexible in order to take careful steps forward.

While the indigenous people do not generally want electricity, running water and roads that the government could provide, they do want certain resources -- like modern medicine, according to Ruperto Bejerano, a 27-year-old Ngöbe man who grew up in the indigenous land reserve. "The doctors in la comarca have no electricity and are not as good," Bejerano explained. "If a woman is pregnant or someone gets very sick, we have to go to the city." Because the indigenous people often do not hold traditional jobs and earn wages, many struggle to pay for healthcare.

This frustrates other Panamanians who believe non-paying indigenous patients crowd the hospitals.

This brewing tension has turned to prejudice and division. "The Panamanians hate them at times," said Jay Viola, a Texan who moved to Panama in 2000.

Viola left the U.S. to start a sustainable tourism business in Bastimentos, Panama. He employs eight indigenous workers. With a downward gaze and a sigh, he continued, "They are good workers, but the worlds are so different. We will never really understand."

The conflict between the groups is unsustainable and decreasing the stability of Panama.

In Panama, modernization is a challenge because many believe native resources are needed to develop but the indigenous population vehemently resists the exploitation of their land.

Fernando's gentle spirit stirs into a deep passion as he continues, "I look at the ocean, the jungles and huge rivers. I can see they are so beautiful. I ask why other people do not like to keep it?” The indigenous people find themselves in a difficult place, wedged between populations that operate in stark contrast to their way of life. 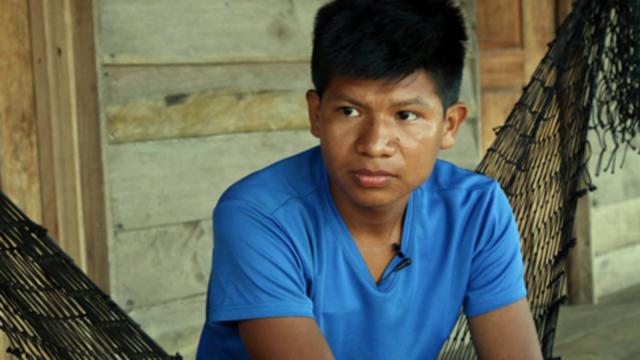 "The world is changing. You and I have to change with it," explained Viola. But people like Fernando believe it is worth it to resist for the sake of preserving nature. With raised fists, he declared, "Even though we are a little nation, we will try to keep save our land from people who wants to take mineral and other resources."

Development often comes with a price tag of environmental degradation. Is it worth it?

In juxtaposition to the average Western lifestyle, the simple way the indigenous people live could be perceived as lacking. However, the indigenous population is largely content, happy and fulfilled. The question that faces Panama is whether or not it is right to impose modernity on the natives and force them to conform to modern standards. If not, how can the disparate interests in Panama be reconciled?

This issue is not exclusive to Panama. The balance of development with respect for indigenous rights is an important question on the global stage. Historically, many world powers have wrongly assumed what was best for foreign people and violently imposed their will upon them. One must learn from the past and not be presumptuous in assuming what is best for other people, choosing instead to respect the sovereignty of others and not impose his or her values upon them.

The reality for Panama is that globalization has created a pressure to modernize which is increasing a divide within the country. The possibility for harsh environmental degradation in exploiting the native's beautiful land for resources is distressing. The potential for tensions to escalate to violence is menacing. The need for Panama to compete on the global stage is ever increasing. The Panamanian Chasm is widening. What will we do?

This article orginally ran on and is copyright, Truthout.org. Reprinted with permission.