Raleigh, N.C. — Two people charged with killing a pregnant woman whose body was found in a suitcase in east Raleigh were ordered held without bond on Thursday.

Brittany Smith, 28, was six months pregnant with a baby boy, according to arrest warrants. Deputies with the Wake County Sheriff's Office found Smith's body in a suitcase off Allen Drive, which is near the Neuse River, on Monday, four days after she had been reported missing.

Thomas Clayton Johnson, 37, and Emmalei Grace Trevathan, 24, were arrested during a traffic stop Wednesday afternoon. Both were charged with Smith's murder, murder of an unborn child and concealment of a body.

Wake County Sheriff Gerald Baker said there "could be additional suspects, but we’re pretty sure we’ve got the two we need." 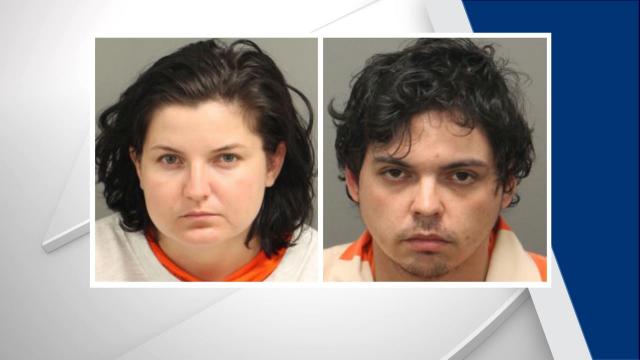 Smith's cause of death, according to the medical examiner, was strangulation, Baker said.

The sheriff didn't disclose a possible motive for the slaying.

Smith had been living in a tent with her boyfriend in the yard of Wendell homeowner Dale Williams, who said he allowed the couple to stay in the woods behind his house after they were rousted from a home where they were squatting.

The two used a space heater to stay warm inside the tent and went inside Williams' house to shower and do laundry.

Living in a tent, with a space heater, woman had troubled life before disappearance

There was no information on the whereabouts of Smith's boyfriend. Williams said that, although Smith could have screaming fights with her boyfriend, he could not be responsible for her disappearance.

"I think it’s kind of ludicrous to implicate him because he doesn’t drive. He doesn’t have a car," Williams said.

"It’s very emotional," Baker said. "Imagine this is a young person, a young lady – no one deserves to have their life taken and for it to end the way this one ended."