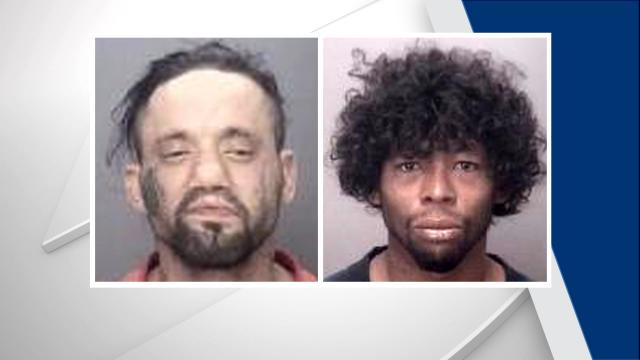 Pembroke, N.C. — Two men have been charged in the death of a Robeson County woman whose body was found last week near Pembroke.

The body of Katina Locklear, 46, of the Saddletree community near Lumberton, was found in a wooded area near the intersection of Seventh and Main streets on Thursday afternoon, police said.

John Edward Jacobs, 32, of Pembroke, was arrested Saturday on charges of first-degree murder and first-degree forcible rape in Locklear's death. He was being held Monday without bond in the Robeson County jail.

Daniel Damiean Brooks, 29, also of Pembroke, was charged with accessory after the fact of first-degree murder and concealing a death. He was in the county jail under a $500,000 bond.