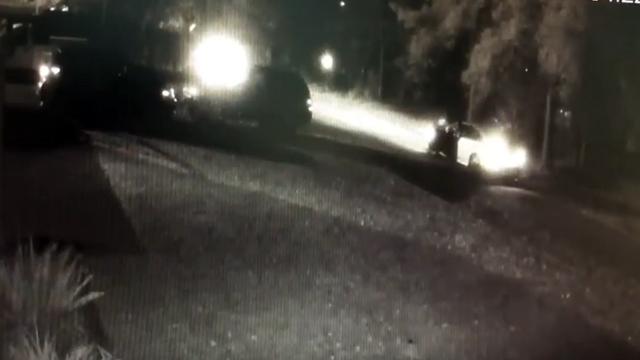 Durham, N.C. — Two men have been charged in a drive-by shooting north of Durham more than a year ago, authorities said Friday.

Deputies responded to a reported shooting at the intersection of Denver Avenue and Old Oxford Highway on Nov. 16, 2017, and found James Lee "Boo" Docher, 35, inside a vehicle with a gunshot wound to the head.

Docher was taken to a local hospital, where he died. A woman in the vehicle was uninjured.

A silver or white sedan, possibly a 2015 or 2016 Nissan Altima, may have followed Docher from a Food Lion on Meriwether Drive, authorities said. Three men inside the car opened fire on Docher's car before driving in reverse toward Wiggins Street, authorities said.

At least 16 muzzle flashes from two weapons could be seen in footage from a nearby security camera, and two shadowy figures then got back into their car and left.

Jamaal Lowery and Marquaseo Andrews were indicted this week on murder charges in the case, authorities said.

Andrews was already in custody on unrelated charged, and Lowery was arrested Friday morning.