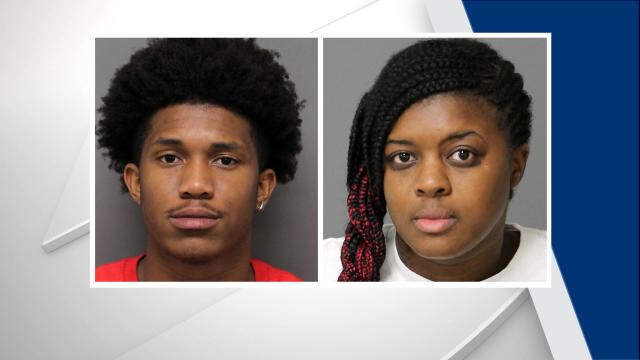 Raleigh, N.C. — Two people have been charged in connection with a fatal shooting in Raleigh last year, police said Friday.

Basadar Lawya St. Phard, 18, of 221 Cross Current Lane in Raleigh, is charged with first-degree murder, while Lijena Victoria Hickman, 19, of 1813 S. Saunders St. in Raleigh, has been charged as an accessory after the fact to murder.

The charges stem from the Dec. 11 death of Brandon Khalil Sandy, 18, who was found shot to death inside a car on Edwin Road.

Alkariek Josiah Freeman, 19, was arrested in Atlanta a week after the shooting and charged with murder in the case.

Sandy had been charged in a January 2016 shooting. Police haven't said whether that played a role in his death.