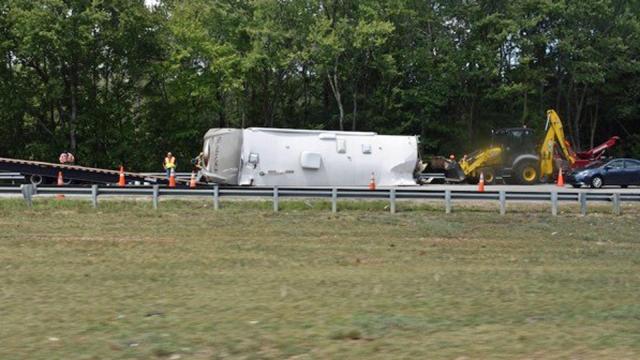 The accident happened about 10:20 a.m. near Exit 197. Troopers said a family heading from Maryland to the beach was traveling in a Ford Excursion that was pulling a 32-foot camper. The trailer started to tip, and the driver lost control.

Troopers said the trailer detached and flipped on its side, and the SUV ended up on its roof.

The driver and passengers had minor injuries, and no other cars were involved. However, the crash caused a major backup.