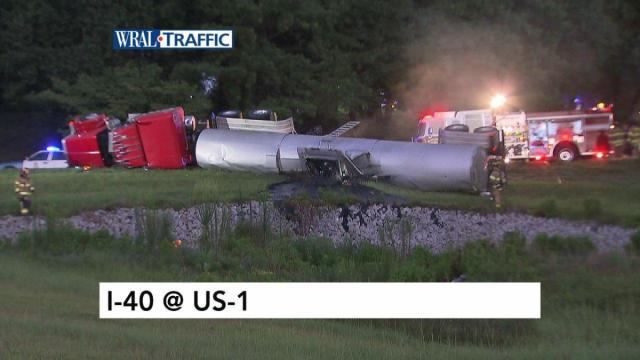 Police said the tanker, driven by Dean Nelson, of Apex, entered the ramp but did not slow down to a safe speed for the incline of the curve, causing it skid to the left and overturn—police estimate Nelson was driving 45 mph on the ramp. The truck came to rest about 60 feet off the road.

When the truck overturned, tar from the tank spilled from a hole in the left side and top.

Nelson was charged with reckless driving to endanger, according to the wreck report from the Raleigh Police Department.

Traffic cameras in the area showed police and emergency crews blocking the ramp, but the ramp reopened to traffic before 9 a.m. 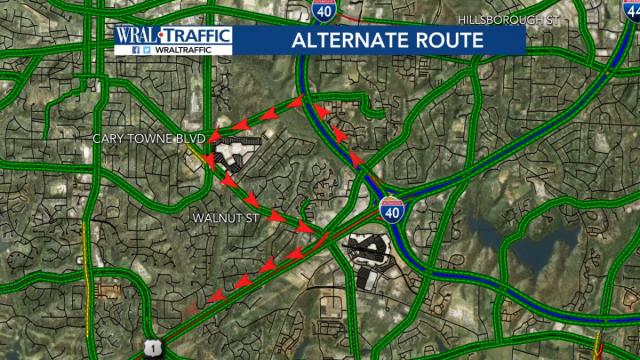