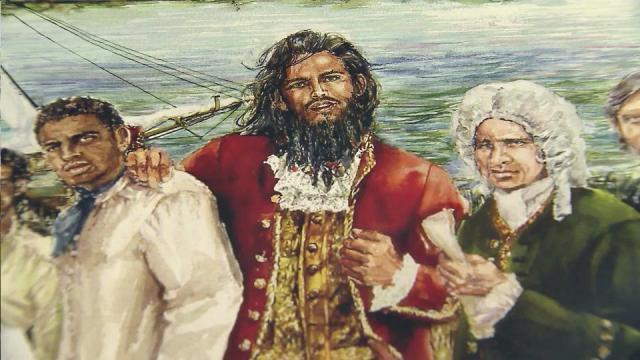 Ocracoke, N.C. — Some state ferries along North Carolina’s coast will fly Blackbeard’s black flags this year to observe the 300th anniversary of the infamous pirate’s death in 1718.

The flags will fly on the Hatteras-Ocracoke, Cedar Island-Ocracoke and Swan Quarter-Ocracoke routes, as well as the Pamlico River route, which runs between Bayview and Aurora.

“We’re honored to take part in this celebration of an important piece of North Carolina history,” state Ferry Division Director Harold Thomas said in a statement. “It will be a neat reminder for our passengers that they’re plying the same waters that Blackbeard sailed 300 years ago.”

The Blackbeard 300 Committee will be hosting exhibits, educational opportunities and events throughout 2018.

“We are so thrilled that the Ferry Division agreed to partner with us to commemorate the Blackbeard 300th anniversary this year,” said LeRae Umfleet, chairwoman of the Blackbeard 300 Committee. “We’re not only celebrating Blackbeard and the golden age of piracy, we’re also celebrating North Carolina’s maritime history, and the ferries have been a part of that history for 75 years.”

The anniversary will wrap up at Blackbeard’s Pirate Jamboree on Ocracoke Oct. 25-28.