The production will be directed and choreographed by Mitzi Hamilton, the woman whose story was the inspiration for the character of “Val”. As an eager 30-year old dancer, Mitzi met a new choreographer, Michael Bennett, at an audition. Unlike most choreographers, he was a man who asked to hear the dancers’ stories. Those stories, including Mitzi’s, became the basis for A Chorus Line. Mitzi went on to be a part of the Original London cast of the show, and later starred as Val in the Broadway production.

A stunning musical centering on seventeen Broadway dancers, A Chorus Line travels through the audition process for roles on a chorus line, as the dancers come face-to-face with the reality of a career in show business as they describe the events that shaped their lives and led them to become dancers. The result is a rare inside glimpse of life backstage and serves as a love letter to American musical theatre.

Winner of NINE Tony® Awards, including Best Musical, A Chorus Line originally opened at the Public Theater’s Newman Theatre on May 21, 1975 and transferred to Shubert Theatre on Broadway on July 25, 1975. It is a brilliantly complex fusion of dance, song, and compellingly authentic drama. Prepare to be blown away by memorable musical numbers including “What I Did for Love”, “One (Singular Sensation)”, and “I Hope I Get It”. 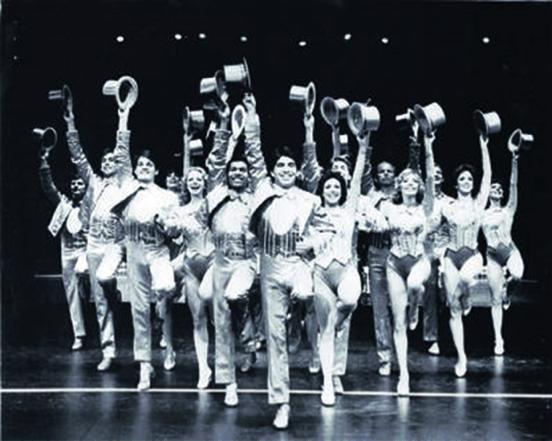 Mitzi Hamilton dances the role of Val (second row, right, circa 1983) in the Broadway production of "A Chorus Line." Photo Courtesy of the New York Public Library for the Performing Arts/Photographer Martha Swope

Tickets to all shows on the NC Theatre/ Broadway Series South 2014/15 Season recently went on sale. To get tickets, visit: http://www.ticketmaster.com/promo/kdmyf3