Organization celebrates 40 years of caring for people in NC

This story was written for our sponsor, Transitions LifeCare.

Forty years ago, Raleigh was a lot different than it is now.

Raleigh City and Wake County schools had just recently merged to become Wake County Public Schools, many of the buildings you see in downtown Raleigh did not exist then, and Hospice of Wake County was in its first year of operation.

Four decades later, Hospice of Wake County is still serving and caring for the residents of Raleigh (and beyond), only it is now known as Transitions LifeCare. 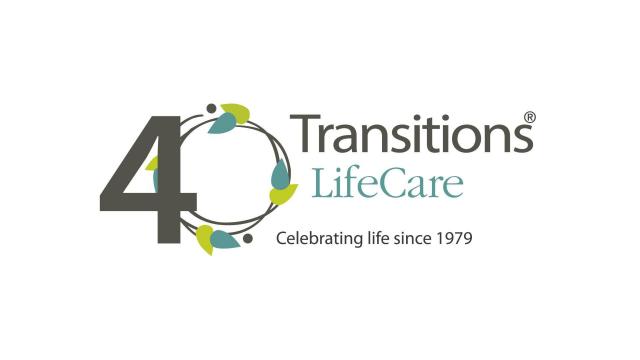 "Due to my oncology work, I was very aware of end-of-life issues because of the nature of my practice," Dunlap recalled. "Back in 1978, there were only four hospice providers in North Carolina at that time. I realized that anything that could improve the end-of-life for a person, whether they were dying of cancer or something else, needed to be done and that we could do better as a state."

It took 18 months of hard work before Dunlap and his colleagues were able to serve their first patient.

"When we started, not a single person in Wake County received end-of-life hospice care, and now it's approaching somewhere in the range of 50 percent of people at the end-of-life in Wake County receive hospice care from a hospice organization," Dunlap said. "Seeing this organization develop has been like watching a child grow from infanthood to adulthood."

Another milestone? Transitions LifeCare has never turned a patient away due to the inability to pay for services.

"It's because of generous donors that we're able to continue this practice," noted Dunlap, who said Wake County is an unbelievably giving community. "The support we have from this community is what has enabled us to get to this point."

Additional accomplishments include opening Wake County's first inpatient hospice facility in 2010 and introducing a children-specific program in 2015 — Transitions Kids — to care for the region's youngest and most vulnerable patients.

"By recognizing that children are not simply little adults with needs and care being different, our Transitions Kids program helps families navigate a complex healthcare system while ensuring parents are in the driver's seat," said John Thoma, Transitions LifeCare CEO.

Today, only 33 percent of Transitions' hospice patients have a diagnosis of cancer. Other diagnoses include dementia, ALS, heart disease and other serious illnesses.

In reminiscing about the work that has been done in the community over the last 40 years, staff members recall touching experiences of caring for patients in the comfort of their homes and loved ones remember feeling supported during times of grief and loss.

One particular patient, Michael, was very thin and sickly and "burdened with both physical and spiritual pain" when Transitions LifeCare stepped in. In his 50s, Michael opted for end-of-life care at Transitions, having no family or friends who could care for him.

As time went on, Michael reported less pain and was able to relish in not only compassionate medical care, but emotional support from the staff who took an interest in him. Towards the end of his life, Michael was cared for and at peace.

Though a health services organization, Transitions LifeCare is a community organization above all else. It truly lives up to its mantra of "celebrating life since 1979" by being a resource to the community and "providing the right care at the right time in the right setting." From its first patient — a child with leukemia — to its patients today who are veterans, seniors, teenagers, brothers and sisters, mothers and fathers — it's provided care and support.

Added Bill Lamb, a previous board member, "Hospice, and related care, is more about living than it is about dying."

This story was written for our sponsor, Transitions LifeCare.