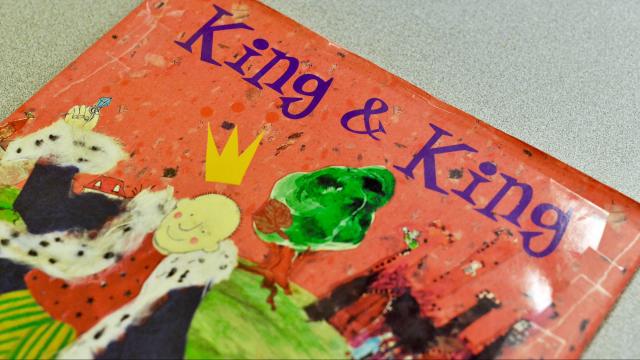 Hillsborough, N.C. — Parents dropped their complaints over a gay fairy tale read to an Efland elementary school class, and Orange County Schools officials have canceled a public meeting on the complaints that was scheduled for Thursday night.

The parents complained after Currie read "King & King" to his third-graders in April to deal with a case of bullying. The parents said the book was inappropriate for children that age, and at least one said parents should have been notified in advance.

The children's book is about two princes falling in love and living happily ever after.

Orange County Schools officials say they had no reports of bullying in Currie’s class.

Efland-Cheeks Elementary officials upheld the book in April after an initial complaint and ruled again last month that the book was appropriate after fielding questions from angry parents during a community meeting.

The parents recently appealed the matter to Orange County Schools officials, where a district committee has been evaluating the book in light of curriculum goals.

Because the complaints have been withdrawn, that process has ended, and the school's decision on the book stands, officials said.