Mebane, N.C. — The remains of a young boy found underneath a billboard in Mebane and those of his mother, whose body was also found in South Carolina 20 years ago, have both been positively identified, capping a two decades long investigation by law enforcement officials.

Authorities said Tuesday that the woman's husband, who was the boy's father, is a suspect in both killings but they declined to identify him because of legal hurdles over which agency has jurisdiction over the homicides. 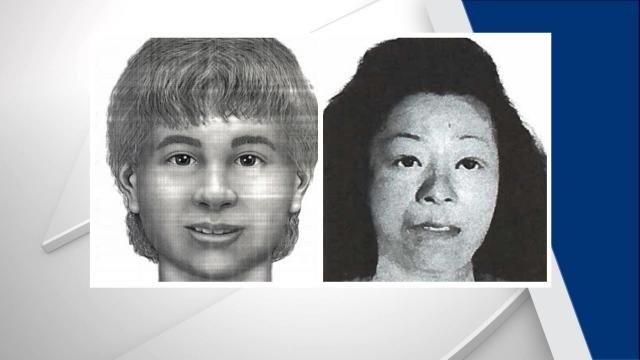 The Spartanburg County Sheriff's Office said that a woman's body found in May 1998 in South Carolina was confirmed by DNA to be Bobby's mother. Investigators identified her as Myong Hwa Cho.

Her body was found naked with binding marks on her wrists, said Spartanburg sheriff's Lt. Kevin Bobo in a written statement. An autopsy performed in 1998 determined that she had been suffocated, the statement said.

Officials have not publicly identified the suspect while they wrangle over legal proceedings, but he is serving a long-term sentence on an armed robbery charge in a federal facility, the Orange County Sheriff’s Office said Tuesday.

Neither places where the remains were found are believed to be where the killings occurred.

On Sept. 25, 1998, a lawn maintenance crew found Bobby's skull under a billboard on Industrial Drive near Interstate 85.

No matches were found in databases of children reported missing nationwide. His bones were kept in the Osteology Room in the N.C. medical examiner's office. 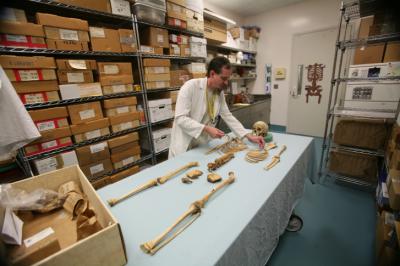 For 20 years, he was known simply as his case number at the medical examiner's office: 98-6796. Last summer, there was a renewed effort to identify the victim and bring someone to justice.

Ancestry DNA showed that the child was white and Asian, and Parabon DNA results helped further reconstruct what the child’s face probably looked like.

Tim Horne was the lead Orange County sheriff's investigator on the case before he retired. However, he continued to work the case for a month after retirement. He was at the scene the day the boy's remains were discovered and he never gave up hope for a conclusive break in the case.

"It's a very weird, unusual feeling being back at the scene," he said Tuesday. "I feel fortunate that we'll be able to reunite the remains with the family."

Cho's body was also found off of I-85. Exhaustive investigations did not lead the Spartanburg Sheriff's Office to her identity, Bobo said in his statement.

After seeing information in the National Missing and Unidentified Person System about Cho's body, the Orange County Sheriff's Office notified the Spartanburg Sheriff's Office of the possible connection between her and the boy in December.

Orange County investigators used leads from DNA results to find close relatives. An investigator spoke with one of Bobby’s immediate family members, who named both Bobby and Cho and gave other details about the case.

The Spartanburg Sheriff's Office identified Cho using fingerprints and with help from the Korean National Police and the International Criminal Police Organization.

The Spartanburg Sheriff's Office said Cho's husband and Bobby's father confessed to killing both of them within several months of each other.

"The Mebane kid would be a very closing case for me," Gibbs said. "I've lived with (him) for all this time."

'Hearts are broken into a million pieces'

In a statement, Cho's and Bobby's family members said they had been told Cho had returned to Korea with Bobby.

"Our hearts are broken into a million pieces," the statement said. "We had no idea that Bobby and Myong Hwa were no longer with us and had not been for a very long time."

"Bobby was the sweetest, kindest, and funniest little boy," the statement continued. "He always had a smile on his face and a twinkle in his eye. And to think of that being snuffed out brings a chill to our hearts."

Natalie Mosteller, who was Bobby's cousin, said family members always held out hope that Bobby would reach out to them when he came of age and began using social media.

"I personally, my sisters as well, spent a great deal of time trying to track him down on Facebook and Instagram, things like that, with no success," she said. "We were hoping, like worst case scenario, that his family in Korea had turned him against us somehow and that's why he wasn't trying to reach out to us."

"I have never experienced so many different emotions all at the same time. Just hurt, confusion, sadness, it has been overwhelming," she said.

The family said it will work to bring Cho and Bobby home and bury them next to Bobby's grandmother.

A GoFundMe for Bobby Adam Whitt has been set up to raise funds.