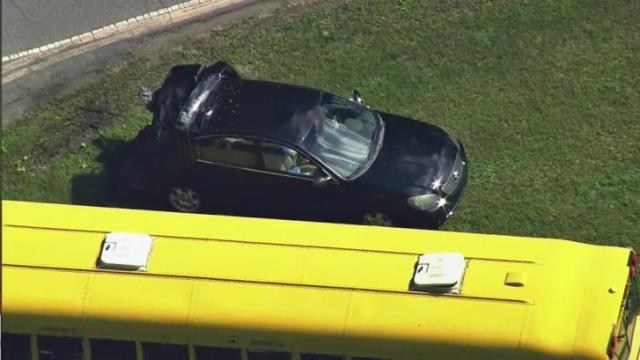 It appeared that the bus rear-ended a black sedan near the corner of Bethel Hickory Grove and Joe Mac roads just after 3 p.m.

The crash did not do serious damage to the bus, and no injuries were reported.

Officials said there were 37 students on board the bus.