Oral device can give your tiny sleeper a good night's rest 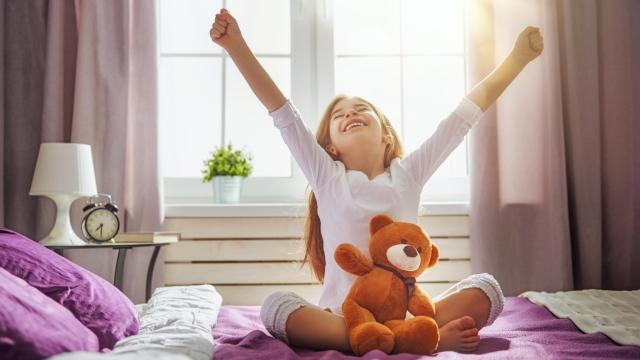 Sleep interruptions like mouth breathing, snoring, apnea, teeth grinding and more are not just the burdens of adults. In fact, the American Academy of Otolaryngology estimates that 10 percent of children snore regularly and that up to four percent of the pediatric population suffers from obstructive sleep apnea.

Sleep disordered breathing is a general term that refers to breathing difficulties such as snoring and apnea that occur during sleep. SDB can leave your child feeling groggy at best and exhibiting behavioral problems or performing poorly in school at worst.

Amy Holland, a mother of two daughters in Cary, said both of her children are mouth breathers. Her oldest daughter Veda, 8, particularly struggled with extremely restless sleep.

"Even if I tried to sleep beside her, she would flail around and fall off the bed — it was kind of ridiculous," Holland said. "I guess I thought she was just very hyperactive, but she also had constant dark circles under her eyes. She snored [too]."

Holland was witnessing the signs of her children's sleep disordered breathing, and many other parents are starting to recognize the signs in their own tiny sleepers too.

The signs of sleep-disordered breathing

Things you can do to help your restless sleeping child

While snoring, mouth breathing, bedwetting and hyperactivity can all be signs of SDB, they aren't a diagnosis. A health care professional will need to evaluate your child and medically diagnose him. If your child is diagnosed with SDB, a treatment option you may want to consider is an oral appliance therapy system called HealthyStart.

HealthyStart devices are specifically designed to promote proper growth and development of the jaw and airway to optimize airflow and promote proper nasal breathing in children. As the mouth device guides the teeth and jaw over time, the air passageway is opened, and many symptoms of SDB disappear, leaving your child dreaming the sweet dreams he should be, without interruptions.

"With Veda, what’s so interesting, a lot of her symptoms were corrected in two months. It was very quick. That just told me that it was the retainer," Holland said. "I would not have thought of this as a solution until it was mentioned to me, [but now] it just makes sense."

Kenn Buckner became concerned when he discovered his son would repeatedly stop breathing while he was sleeping.

"For us, it was more than teeth, it was a health issue," said Buckner, who turned to HealthyStart for a solution. "He tried [the devices] and within a couple days his breathing continued — we didn't see him hold is breath; it was really neat. The appliance is amazing."

Holland has already started her younger daughter Audrey, 6, on a device of her own. She recommends that parents of children with SDB opt into the HealthyStart system if they can.

"I would not have thought of this at all as a solution until it was mentioned to me. If [kids] aren't getting proper oxygen and it affects their sleeping, that overflows into the daytime," Holland said. "[Veda] has no snoring, no tossing and turning [anymore]. If you can, it is so worth trying."