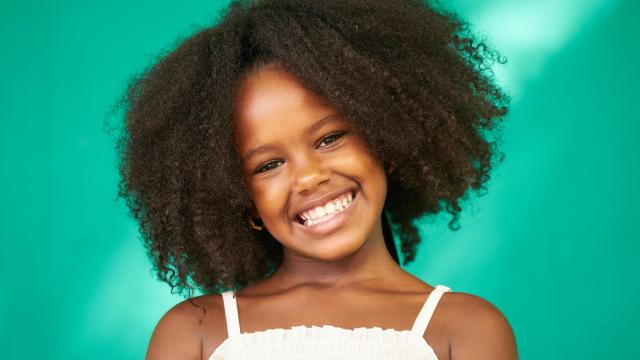 We often think about removable oral devices coming after braces.

They are devices that keep straightened teeth in place after braces have come off — right? While this is true, certain types of appliances can also help straighten teeth before and instead of braces.

Specialized oral devices like those of the HealthyStart system can help straighten teeth in children as they are coming in, eliminating the need for braces. HealthyStart devices also help correct gummy smiles, deep bites, overbites and overjet (the overlap of the incisor teeth).

The key is getting your child started early.

The HealthyStart system is a comprehensive and holistic alternative to braces that costs nearly half as much and works significantly faster.

Treatment begins when a child starts losing their baby teeth and is fitted for a custom guider device by their dentist or orthodontist. The device gently guides the developing dentition and corrects alignment before adult teeth become locked in place.

Traditional orthodontics wait until all the adult teeth have come in, and then move them into place. Permanent teeth have developed roots with attached fibers that are almost like vines, keeping the teeth in place due to the strong biting force. Braces stretch these fibers and move the teeth into straight positions.

The problem is, after braces are removed, patients must wear a retainer to keep the teeth from moving back to their original positions.

"With HealthyStart, we don't have to worry about that," said Dr. C. Ashley Mann, a dentist in Cary. "We're moving the teeth before the roots completely develop and before those fibers come in and attach."

The silicon, BPA-free appliance is worn for two hours actively during the day and at night. HealthyStart asserts that these treatments work "as well as or better than braces, plastic aligners, surgery, or any other option."

"When my then 7-year-old son started losing baby teeth and getting his adult teeth, spacing became a problem," said mother Julie Abee of her son Isaiah. "We have been using the [HealthyStart] appliances for almost a year now. In that time, we have seen huge improvements with spacing. Many of Isaiah's classmates tell him scary stories about their painful braces. Isaiah brags that he gets results with just his 'mouth guards.' "

Benefits of HealthyStart Appliances, Rather Than Braces

Carey Bender said HealthyStart helped his son Zach when his teeth started to become misaligned "to the point where it doesn't look like he's going to need braces" and noted the finances he will save on traditional orthodontics.

"It seems like everyone nowadays is getting braces, but when [my dentist] mentioned this system to me, it made sense," added Amy Holland, a mother of two daughters who both use HealthyStart.

Holland said that she opted for a device for her 6-year-old daughter so that she will hopefully not need braces down the road.

"If we can offer my children a retainer that steadies the mouth at night [that also] grows with them — I was very open to it," she said.