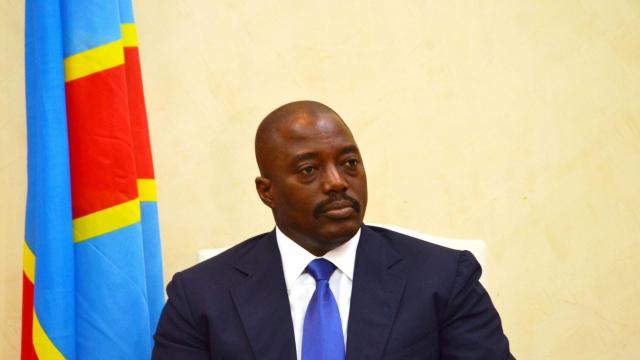 (CNN) — The Congo's Catholic Church has rejected the results of the Central African nation's presidential election, saying they don't match the data collected by its observers.

There was widespread surprise Thursday after the Democratic Republic of the Congo's electoral commission announced that opposition leader Felix Tshisekedi had won the presidency.

Another opposition leader, Martin Faluyu, who was widely expected to be victorious, categorically rejected the outcome and called for the winner to be "the person who really was our people's choice."

"We take note of the publication of the provisional results of the presidential election which, for the first time in the recent history of our country, opens the way to change at the top of the state," said a statement by the Catholic group known as the National Episcopal Conference of Congo.

"However, from the analysis of the elements observed by this mission, we find that the results of the presidential election ... do not correspond to the data collected by our observation mission from the polling and counting stations."

The conference said it had deployed more than 40,000 observers to all polling centers across the country.

French Foreign Minister Jean-Yves Le Drian also said the election results did not match what was witnessed during the vote count.

Besides Tshisekedi and Fayulu, the other contender was former Interior Minister Emmanuel Ramazani Shadary, the preferred successor of President Joseph Kabila.

The results came after nearly two weeks of speculation and reports of irregularities in the December 30 vote. If deemed legitimate, it would be the country's first democratic transition of power since it gained independence from Belgium in 1960.

Either way, the stage now seems set for the exit of Kabila, who has ruled the resource-rich nation with an iron fist since 2001.

As the Congo's population of 80 million awaited the highly anticipated outcome of the vote, the internet and text-messaging services were shut down on January 1. Kabila told Reuters this was done to preserve public order after "fictitious results" were circulated on social media.

Congolese told CNN that internet services remain shut down and some have resorted to using satellite feeds routed from Europe.

Residents in the capital of Kinshasa took to the streets to celebrate his victory.

But the mood was somber in Goma, where Fayulu supporters were dispersed by anti-riot police deployed to many areas in the city.

The country's bishops urged "everyone to show civic maturity" and to avoid any violence.

South African President Cyril Ramaphosa's office issued a measured response Thursday to the vote, commending "all parties and stakeholders in the DRC for ensuring peace and stability during the election processes." The statement did not congratulate Tshisekedi or mention the reported irregularities.

The election had been deemed a pivotal moment for the Congo, determining whether the beleaguered country could transition into a true democracy.

But the vote came at a difficult time. The eastern Congo is battling the country's worst outbreak of Ebola, and violent protests erupted after the Independent National Electoral Commission announced that voters in the Ebola-stricken cities of Beni and Butembo -- opposition strongholds -- would not cast their ballots until March for security reasons. Yumbi also had elections postponed until March due to violence. It is unclear now how those late votes might affect the result.

Riot police were deployed this week in the capital in anticipation of mass violence. The US State Department on Wednesday advised all Americans to leave the country.

'I don't think that Kabila is Putin'

Tshisekedi, 55, had not been expected to win.

In the run-up to the vote, speculation had mounted that Kabila would install Shadary as a placeholder president while he ruled from the shadows until 2023, when he could run again.

Under the Congo's Constitution, a president can serve only two terms. Kabila's second term expired in 2016, meaning the election was long overdue.

Congo is blessed with huge deposits of precious minerals, such as diamonds, gold and tantalum. While in power, Kabila has accumulated vast wealth. From 1999 to 2002, his regime transferred ownership of at least $5 billion in assets from the state-mining sector to private companies under its control, according to the United Nations.

Now, Kabila's status in the country, which produces about two-thirds of the world's cobalt, looks unsure. But Congo's political past is full of unexpected outcomes.

The country's first Prime Minister, Patrice Lumumba, was executed by firing squad in 1961, and military dictator Mobutu Sese Seko came to power in a coup.

After three decades of iron-fist rule, Mobutu was overthrown in 1997 by rebel leader Laurent-Désiré Kabila, who was assassinated nearly four years later. Joseph Kabila inherited the presidency from his father.

Tshisekedi also comes from a storied political background. His father, Étienne Tshisekedi, founded the Union for Democracy and Social Progress, the oldest and largest opposition party of the Congo. Felix Tshisekedi took over the party following his father's death in 2017.

CORRECTION: This story has been updated to correct the reason the election was postponed in Yumbi.