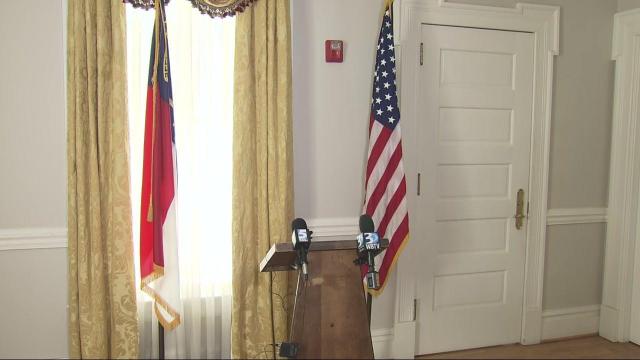 Monday, Dec. 31, 2018 -- A round up of opinion, commentary and analysis on: Minister who tried to bring a town together after a racially motivated murder dies at 89, Democrat calls for 48 witnesses at state board hearing into election fraud in NC, Cumberland loses political capital with Meredith exit, opioid deaths still a challenge, dolphin watching helps Outer Banks beach take top spot in AAA survey and more.

REAL ELECTION FRAUD?
BRIAN MURPHY & CARLI BROSSEAU: Democrat calls for 48 witnesses at state board hearing into election fraud in NC (Charlotte Observer reports) — The Democrat in NC’s disputed 9th Congressional District election wants to subpoena nearly 50 witnesses for the state board of elections’ hearing scheduled for Jan. 11. But state Republicans vowed to sue Gov. Roy Cooper if he tries to appoint Republican members to the interim board that would be tasked with holding that hearing.

Developer Greg Poole dies at 84 (WRAL-TV reports) -- James Gregory Poole, a developer and the head of Dix Visionaries, has died. He was 84.

James Gregory Poole Jr. (Bryan-Lee Funeral Home Obit) -- James Gregory Poole, Jr., after a brief illness, died on Dec. 29, 3018 surrounded by his family. He had a great passion for his community and greatly influenced much of what we enjoy in Raleigh today. In his later years he worked tirelessly advocating for the establishment of the Dorothea Dix Park in Raleigh. In addition, he spent considerable time developing his basket weaving and woodworking skills, and loved sharing his work with others. Visitation: Tuesday, Jan. 1, 3:00 - 5:00 pm, Flowers Cottage, Dorothea Dix Park, 2105 Umstead Drive, Raleigh. Service: Wednesday, Jan. 2, 11:00 am, White Memorial Presbyterian Church, 1704 Oberlin Road, Raleigh.

LYNN BONNER: Minister who tried to bring an NC town together after a racially motivated murder dies at 89 (Durham Herald-Sun reports) -- The Rev. Vernon Tyson, a retired United Methodist minister who worked in churches throughout North Carolina, died Saturday at his Raleigh home at age 89, according to his son, historian Tim Tyson. The Rev. Tyson’s work on racial reconciliation as a minister in Oxford was central to his son’s 2004 memoir “Blood Done Sign My Name.” Later, the elder Tyson vocally opposed the 2012 state constitutional amendment banning same-sex marriage. In 2013, he was arrested during a Moral Monday demonstration in Raleigh.

Time for Action on Tier System (Southern Pines Pilot) -- Two of Moore County’s three state lawmakers convened a town-hall style event earlier this month to get a sense of what was on the minds of local officials and residents.

Criminal justice reform is a success (Winston-Salem Journal) -- In an all-too-rare instance of bipartisan cooperation, Congress, with President Trump’s signature, passed a landmark criminal justice reform bill earlier this month. Whatever else is taken from 2018, this is a positive accomplishment that will benefit many.

EDUCATION
LYNN FELDER: UNCSA ranked in top 25 by Hollywood Reporter (Winston-Salem Journal reports) -- The Hollywood Reporter has ranked UNC School of the Arts among the world’s top schools training students to compose music for film and television. UNCSA ranked No. 18 on the list of 25 schools — 23 in the United States and one each in London and Paris — in a story recently published online.

HEALTH
Opioid deaths are still a challenge (Winston-Salem Journal) -- As we prepare to enter a new year with hope and celebration, it’s proper to take a moment to mourn those lost in 2018 to the unfortunate and deadly scourge of opioid addiction.

ENERGY & ENVIRONMENT
State Parks to ring in New Year with First Day Hikes (Greenville Daily Reflector reports) -- For those hoping to start the New Year off on a healthier note, First Day Hikes can be a step in the right direction. North Carolina’s New Year tradition of family adventure, exercise and reconnection with nature continues in 2019 with First Day Hikes throughout the state parks system on Jan. 1. More than 40 guided hikes are scheduled for New Year’s Day, ranging from short “leg-stretchers” to multi-mile rambles, most featuring educational programs led by rangers along the way.

JEFF HAMPTON: Dead black bear found to have rabies, a first in N.C. (Norfolk Virginian-Pilot reports) -- Only four cases of black bears with rabies have been found in the Continental United States in the last 20 years.

ANTIONETTE KERR: New NC Pollinator Group Offers Solar-Farm Guidance (Public News Service reports) -- The buzz about the demise of honeybees, birds, monarch butterflies and other crucial pollinators has prompted the creation of a N.C. Pollinator Conservation Alliance. N.C. is second in the country for installed solar capacity, and the alliance is offering technical assistance to solar farm developers on the types of plants that work well on solar farms. Although it isn't quite planting season, Liz Kalies, director of science for The Nature Conservancy in N.C., says the cost effective advice comes just in time to plan for vegetation that nurtures pollinators.

Officials: Oregon timber at risk from NC insect (AP reports) — A non-native insect that entered Oregon this fall on Christmas trees harvested in NC has the potential to harm Oregon's timber economy, officials say. The elongate hemlock scale is less than a quarter inch (2 millimeters) long and hides on the bottom of needles, where it feeds, Wyatt Williams of the Oregon Department of Forestry said.

JEFF HAMPTON: Dolphin watching helps Outer Banks beach take top spot in AAA survey (Virginian-Pilot reports) — A survey by AAA ranks Coquina Beach tops in NC — not for its surf or attractions — but for spotting dolphins. Hundreds of them spend the summer here making the Outer Banks great for dolphin watching. They come and go from ocean to sound through Oregon Inlet.

AND MORE…
2018 a year with lofty highs and worrisome lows (Fayetteville Observer) — Back in the mid-1960s, the grandfather of all American satirical comedy shows, That Was The Week That Was, advised viewers in its theme song that, “It’s over, let it go.” More than half a century later, that’s still good advice. We’d be well advised to apply it to many of the events of 2018. Best not to let it all ruin a perfectly good New Year celebration — or an innocent, newborn year. But still, we need to extract some important lessons before we walk away from it all.

KASE CUNNINGHAM: 'Alex loved animals': Intern killed in lion attack at NC preserve (WRAL-TV reports) -- Alexandra Black, an intern at Conservators Center and a recent graduate from Indiana University Bloomington, died after being attacked by a lion during a routine cleaning at the center