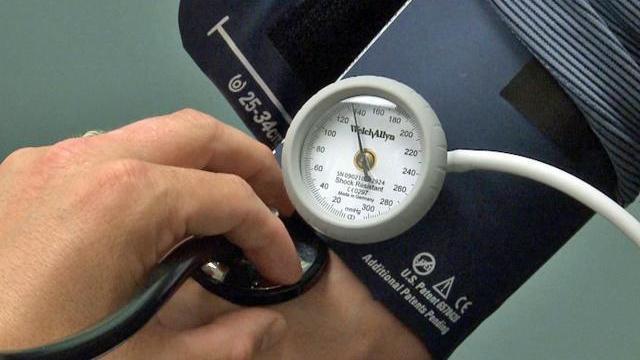 Thursday, Jan. 18, 2018 -- A roundup of opinion, commentary and analysis on the survival of a rural hospital in western N.C., a county plagued by human trafficking concerns, a new tool scientists are using to observe marine life and more.

HEALTH
ROSE HOBAN: Keeping a Hospital Afloat in Far Western Murphy (N.C. Health News analysis) -- Mike Stevenson has been at the helm of Murphy Medical Center for 30 years. He’s getting ready to leave, even as he’s preparing the institution for big changes.

MICHAEL GEBELEIN: New law enforcement, mental health effort offers treatment, not prison, to suspected drug offenders (Carolina Public Press analysis) -- Waynesville joins Fayetteville in offering alternative; others across NC may follow. A new law enforcement and mental health program is being developed in Waynesville with a goal of stopping that cycle and offering drug users treatment instead of jail time. The Haywood County town is the latest to adopt the Law Enforcement Assisted Diversion, or LEAD, program in North Carolina.

VA gets it wrong on medical marijuana (Fayetteville Observer) -- Here’s one more place where this country’s four-decade-long, trillion-dollar War on Drugs continues to fail us: veterans’ health. Despite the fact that more than a fifth of all veterans report using marijuana to treat a medical condition, the Department of Veterans Affairs refuses to conduct even the most basic research into the potential uses of medical marijuana.

MANSI SHAH, MD: Insurance restrictions on abortion coverage harm patients (Durham Herald-Sun column) -- I have come to see abortion not as a procedure that takes something away, but as one that enables mothers and their partners to parent the children they have in the most meaningful way.

REP. TED BUDD: Fighting abortions (Winston-Salem Journal column) -- Early last year during a March for Life rally in Washington, Mia Love, who’s a representative from Utah, made a heartfelt speech that describes how her parents - Haitian immigrants - made the tough decision to not abort her. "Forty-one years ago that couple from Haiti could have made the choice to abort, but they didn't.” With 2018’s March for Life happening Friday, it’s an important reminder that the fight to protect the unborn must continue in Congress and in communities around the country.

MATTHEW HAAG: Assistant to Goldman Sachs Executive Stole and Sold His Rare Wines, U.S. Says (New York Times analysis) – Goldman Sachs executive David M. Solomon’s assistant, Nicolas De-Meyer, stole some of his most coveted French vintage wines — worth more than $1.2 million and sold them, according to an indictment unsealed on in U.S. District Court for Southern of New York. As the personal assistant to Solomon, De-Meyer received shipments of wine at his boss’s Manhattan apartment. Using an alias of Mark Miller, De-Meyer sold them to a wine dealer from North Carolina who would pick them up.

Monuments hold a protected place (Greensboro News & Record) -- State law gives the N.C. Historical Commission the authority to accept or approve monuments, memorials and works of art. The 11 members, appointed by governors, have plenty of leeway to decide.

LINDSAY MCKENZIE: The Evolution of the ‘Monkey Cage’ (Inside Higher Ed) -- The academic blog “Monkey Cage” was once a hobby project of a handful of political scientists. Now it is part of The Washington Post. What’s changed?

​JEFF HAMPTON: Young seals are sunning, resting on Outer Banks beaches for the winter (Norfolk Virginian Pilot column) -- One seal was spotted basking on the Kill Devil Hills beach on Saturday, rolling around in the sand as a photographer took pictures with a long-range lens.

PAT GARBER: Our Coast’s People - Della Gaskill of Ocracoke (Coastal Review column) -- Eighty-year-old Ocracoke native Della Gaskill has seen great changes on the island, and the recently honored preservationist shares her memories of the way things used to be.