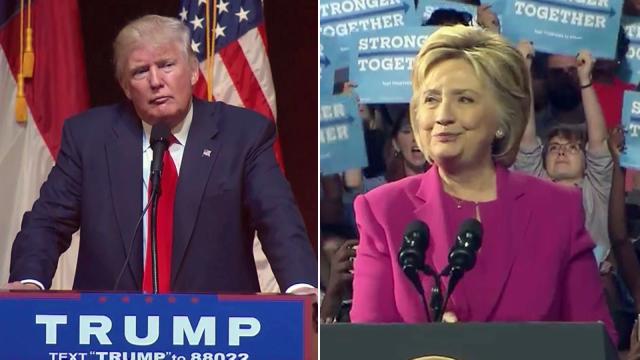 N.C. about to be focus of intense political blitz (Asheville Citizen-Times) -- With the national party conventions over and the presumptive nominees now the official nominees, the Tar Heel state is one of a handful of swing states that will become the focus for the Clinton and Trump campaigns. Both have made appearances in the state twice on the same day so far. Expect much more to come.

LISA SORG: Slow drip -- Coastal scientist resigns from panel in protest (Greensboro News & Record column) -- It wasn’t just the political controversy over sea-level rise. Or the Coastal Resources Commission’s defense of a sea-level rise report. Or state environmental officials who are allowing 21 eight-bedroom houses to be built on ecologically sensitive and flood-prone land on Sunset Beach. No, “it was really a slow drip drip” of politically driven decisions, Dr. Stan Riggs said, that ultimately drove the renowned marine geologist away.

Coastal conservation loses an important advocate (Wilmington Star-News) -- For those who love the North Carolina coast, the departure of Stan Riggs from the science panel that advises the Coastal Resources Commission is disturbing news. Dr. Riggs, a longtime geologist at East Carolina University and a leading authority on coastal issues, has been advising the CRC for two decades.

N.C. Connect, other funds give region a big boost (Fayetteville Observer) -- Opening that North Carolina checkbook is generating a pleasant breeze around here lately. Good things are coming our way, many bringing a jolt of energy to our economy.

BO BIGGS: A pipeline to Robeson (Fayetteville Observer column) -- I am delighted to welcome the Atlantic Coast Pipeline to Robeson county - the county I was born and raised in, and have chosen to spend my life in - along with pipeline's cargo of clean-burning natural gas that will add to my county's economic toolbox. This piece of infrastructure will complete the economic puzzle (i.e. electricity, water, sewer and rail) needed to accommodate large manufacturing industries that will provided much needed jobs to a Tier One/Tobacco & Textile Dependent County that has seen its share of job losses over the years.

GENE SMITH: 'Dirty, low-life racist crook' should be enough (Fayetteville Observer column) -- In America, "treason" is the ultimate charge and "traitor" the most shameful brand, meant for the perpetrators of high crimes that harm the nation and shock its conscience. Let's not further poison our politics by smearing it around where it doesn't belong.