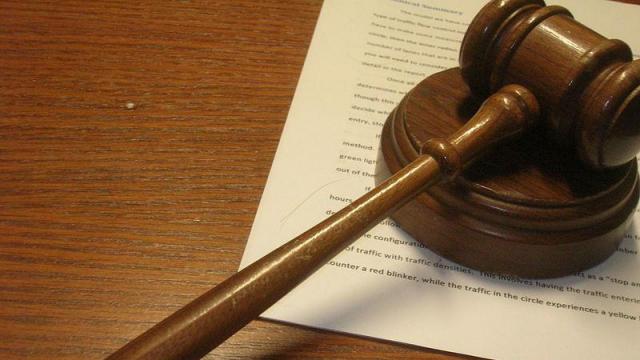 Wednesday, Jan. 10, 2018 -- A roundup of opinion, commentary and analysis on a big court decision regarding North Carolina's congressional map, an update on the location of the Toyota-Mazda plant, a decision by the legislature to table fixing the class-size mandate and more.

POLITICS & POLICY
TRAVIS FAIN: Court throws out NC congressional map again (WRAL-TV analysis) -- The court not only ordered the General Assembly to redraw districts, it said it would also appoint a special master to draw maps on a parallel track.

GARY ROBERTSON: N.C. must redo Congress map skewed by partisanship (AP news analysis) -- Federal judges ruled Tuesday that North Carolina's congressional district map drawn by legislative Republicans is illegally gerrymandered because of excessive partisanship that gave the GOP a rock-solid advantage for most seats and must quickly be redone.

NICHOLAS STEPHANOPOULOS: Observations about North Carolina (Election Law Blog column) -- The court adopted the same remedy as the panel that previously struck down two North Carolina districts as racial gerrymanders: namely, giving the General Assembly two weeks to enact a lawful plan, and promising to implement a court-drawn map if the Assembly fails to do so. The court also required the Assembly to turn over the information the court will need to assess the legality of its work product: in particular, transcripts of all proceedings, criteria employed, alternative maps considered, and a “stat pack” showing the plan’s likely electoral performance. If this information reveals that the Assembly’s remedial plan continues to favor Republicans, the plan is unlikely to be upheld, and a special master probably will step in to craft a valid remedy.

FRED BARBASH: Federal court voids N.C.’s GOP-drawn congressional map for partisan gerrymandering (Washington Post analysis) -- A federal court ruled that Republicans in North Carolina unconstitutionally gerrymandered congressional districts in 2016 to ensure Republican “domination of the state’s congressional delegation.” The three-judge panel struck down the map and ordered the state’s General Assembly to come up with a substitute by Jan. 24. The decision was the first striking down a congressional map, as opposed to state legislative maps, on the grounds that it was rigged in favor of a particular political party. Redistricting has historically always been political and partisan to one degree or another.

DOUG CLARK: N.C. congressional elections will focus on the president (Greensboro News & Record column) -- Political experts — if such creatures exist in our upside-down world anymore — say Democrats will challenge Republicans for control of the U.S. House of Representatives this year.

MATTHEW BURNS: NC loses Toyota-Mazda car plant to Alabama (WRAL-TV) -- North Carolina appears to have lost out on its latest bid for a vehicle manufacturing plant, with numerous media outlets reporting that Toyota and Mazda plan to build a $1.6 billion plant in Alabama.

TYLER DUKES: Cooper the 'Jobs Governor'? Depends on how you count (WRAL-TV analysis) -- By at least a few measures, Cooper's first-year job benchmarks are close to those notched by his Republican predecessor, former Gov. Pat McCrory.

GARY ROBERTSON: General Assembly session has slim agenda, but is open-ended (AP news analysis) -- The General Assembly reconvenes for another extra work session in which Republican leaders say they'll act quickly on a slender agenda. Once done, however, they could delay adjournment while redistricting litigation and negotiations over judicial changes take their course.

STEPHANIE CARSON: NC Groups Call to Balance Scales of Justice in NC (Public News Service analysis) -- Dozens of people are expected to convene at the North Carolina State Capitol in Raleigh to speak out for the judicial system. Lawmakers were expected to take up several issues related to the selection of judges and lengths of their terms, but have since delayed that discussion for later this month. Melissa Price Kromm, director of North Carolina Voters for Clean Elections, says her organization and other supporting groups won't be deterred.

ARI SHAPIRO: Decades-Old Consent Decree Lifted Against RNC's 'Ballot Security' Measures (NPR analysis) -- A decades old consent decree has been lifted against the Republican National Committee's so-called "ballot security" measures. It's a big victory in the RNC's efforts to monitor polling activity and it's a sobering moment for activists who fear this could accelerate voter suppression — especially among minorities.

Safer traffic stops (Winston-Salem Journal) -- One nice change in 2018 is that the North Carolina driver’s handbook will soon contain a section on what drivers should do when they’re pulled over by law enforcement, WRAL’s Laura Leslie reported recently.

EDUCATION
LAURA LESLIE: Lawmakers: No class-size fix this week (WRAL-TV) -- Despite emails, letters, calls and rallies by educators and parents, legislative leaders said Tuesday that they have no plans to discuss during their special session this week helping school districts meet class size caps in early elementary grades.

In schools as in life, the rich get richer (Fayetteville Observer) -- As lawmakers return to Raleigh today amid calls for better education funding, a new study reveals growing disparities in the way the state’s richest and poorest counties fund their school systems. In a nutshell, it’s a familiar theme: The rich are getting richer and the poor are getting poorer. According to the study, in this region, many of us are educational poor folk.

ALEX GRANADOS: Lawmakers tackle virtual charters and licensure woes (EdNC analysis) -- Joel Medley, head of North Carolina Virtual Academy, one of the state’s two online virtual charter schools, was quick to point out to lawmakers yesterday that when it comes to the school’s withdrawal rate, it is improving. In the 2015-16 school year, the school was teetering right at the General Assembly mandated withdrawal rate of 25 percent. It is well below that now, due in part to changes by lawmakers in what defines withdrawal.

ENERGY & ENVIRONMENT
LAURA LESLIE: House lawmakers add money to GenX bill (WRAL-TV) -- On the eve of debating a measure responding to GenX contamination in the Cape Fear area, House lawmakers are seeking to add $1.3M for additional testing and permitting staff at the state Department of Environmental Quality.​

Duke Energy agrees to pay $84K penalty for coal ash leaks (AP news analysis) -- The country's largest electricity company will pay an $84,000 penalty and work to stop potentially toxic waste from three North Carolina coal-burning power plants from leaking into groundwater and nearby rivers under a deal with state.

CATHERINE CLABBY: When Wood Smoke Poses Risks (N.C. Health News analysis) -- Insights are growing about when wood smoke -- indoors and outside -- can be dangerous to some.

DIANE MORRIS: The invisible disability in your classroom: Traumatic Childhood Experiences (EdNC column) -- Non-apparent disabilities include autism, cognitive or learning disabilities, Crohn’s disease, chronic fatigue syndrome, dyslexia, and any number of mental illnesses. But let’s focus on one area of disability that often is not recognized by many caretakers, including school staff— trauma in childhood. Though “invisible,” unrecognized trauma can lead to severe consequences that derail a child’s opportunities to succeed in school and in life.

AND MORE
Here are the bonuses Alabama’s coaches will receive for their national title. What will the players get? (Charlotte Observer) -- It was a great game. It was great TV. Alabama got a walk-off national championship Monday night over Georgia. It was sports at its unpredictable, breathtaking best. It also was college sports at its hypocritical, breathtaking worst. Here’s a list of the bonuses Alabama’s coaches will receive for crafting Monday’s championship game plan.​