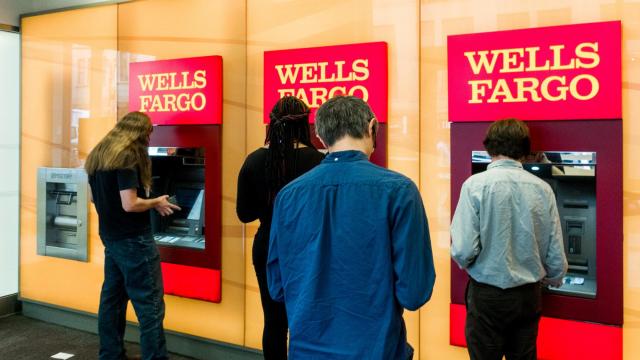 Tuesday, June 12, 2018 -- A round up of opinion, commentary and analysis on: Reworked Farm Act passes Senate, NAACP threatens lawsuits over charter school and voter ID, higher bank lending fees approved by Senate, DEQ calls on court to ramp up GenX measures and more.

ROSE HOBAN: Legislature Could Ease the Way for Out-of-state School Psychologists To Practice in N.C. (N.C. Health News) -- A bill that's being discussed will allow for a national accreditation to be accepted in N.C.

CAMPAIGN 2018
JOHN DOWNEY: Support for renewables, suspicion of Duke Energy - Poll finds where N.C. voters land on key energy issues (Charlotte Business Journal reports) -- Republican candidates could do well by running for more renewables and against Duke Energy Corp. — or at least some of the issues that have put Duke in the news lately.

POLICY & POLITICS
Ohio's voter purge may be legal, but it's also voter suppression (Charlotte Observer) -- Supreme Court justices give the nod to a policy straight out of the GOP voting playbook. Other states, including North Carolina, are less aggressive about inactive voters.

TAFT WIREBACK: Guilford County newspapers suing to stop legal notices change (Greensboro News & Record reports) -- The News & Record and three other Guilford County newspapers filed suit Monday to overturn a local bill lawmakers passed last year that would take legal notice advertising away from privately-owned print publications in favor of a government website. The newspapers sued the state and Guilford County to protest a local measure the General Assembly adopted in October authorizing use of the county’s website to post public notices online in place of required newspaper publication currently disseminated both in print and on websites.

New voter photo ID bill is vague and leaves lots of questions (Charlotte Observer column) -- The lesser among us deserve respect and honor, not baseless fraud allegations or artificial and unnecessary barriers to voting.

MINDY HAMLIN: Cary steps up plans to evolve as a smart city with 360 degree view of data (WRAL-TV/TechWire reports) -- Town of Cary officials, leaders in smart city development and corporate partners gathered last week at SAS headquarters for Cary’s Smart Readiness Workshop, hosted by the Smart Cities Council. Earlier this year, the Council chose Cary as one of five recipients of its 2018 Readiness Challenge Grant.

JON GUZE: ‘Equitable sharing’ turns ‘innocent until proven guilty’ on its head (Winston-Salem Journal column) -- It’s an end-run around the protection of civil liberties that should alarm every North Carolinian. A federal program called “equitable sharing” makes it possible for North Carolina law enforcement agencies to do two things forbidden under North Carolina law: confiscate property without convicting the owner of a crime and keep the proceeds for their own use.

JENNIFER BOWMAN: Buncombe County Manager Mandy Stone to retire amid Wanda Greene investigation (Asheville Citizen-Times reports) -- Mandy Stone, the longtime Buncombe administrator who led the county during a months-long federal criminal investigation into her predecessor, will retire days after staff issued a controversial news release contradicting both commissioners and federal prosecutors on recent developments in the Wanda Greene case. Stone's time as county manager lasted just short of a year. Board Chairman Brownie Newman said Stone verbally notified him of her retirement Friday. Her last day with the county is July 1, as required under state law, but commissioners will meet again Wednesday to discuss selecting an interim replacement.

Greene indictments won't mend broken trust in Buncombe (Asheville Citizen-Times) -- Each new revelation in the Wanda Greene scandal reminds us of how much we still do not know. A lot of answers may be contained in the documents the Citizen Times has requested under the Freedom of Information Act. For instance, we might finally learn which former county commissioner is lying about using gift cards supplied by Greene to buy food, furniture and jewelry. As it stands, four innocent people are under a cloud because a fifth won’t admit errors.

EDUCATION
DAAREL BURNETTE II: Despite Court Ruling, N.C.'s State Chief, Board Still Quibble Over Who's in Charge (State EdWatch reports) -- The state's elected superintendent and the governor-appointed state board have been in a legal dispute since 2016 over who should oversee the many tasks of the education department.

JANINE BOWEN: Teachers in Durham, Johnston counties fight for education funding in local budgets (WRAL-TV reports) -- Money and education were on the minds of leaders in two local counties.

NC agency may ask judge to order chemical plant changes (AP reports) – N.C.'s environmental agency says it plans to ask a judge to impose tougher conditions on operations at a chemical plant that has long emitted a little-understood industrial compound.

PAT GARBER: Ocracoke’s Two Blanches (Coastal Review column) - -Named after the late Blanche Howard Joliff of Ocracoke, the handcrafted fishing boat Blanche has changed hands many times since 1934 and is now an outdoor exhibit at the Ocracoke Preservation Society Museum.

REBECCA MARTINEZ: Recycling is on the rise in N.C., DEQ reports (WUNC-FM reports) -- Recycling is becoming more popular across N.C., and Dare County recycles the most household paper and container materials per-capita in the state. A report from the North Carolina Department of Environmental Quality says the average Dare County household recycled about 2.56 tons last year.

… AND MORE
Civil Rights Leader Dorothy Cotton Dies At 88 (NPR Obit) – Goldsboro native Dorothy Cotton, a leader in the civil rights movement who educated thousands of African-Americans about their rights and the power of organizing, has died at 88. She died at a retirement community in Ithaca, N.Y., the Ithaca Journal reports. Beginning in the 1960s, Cotton was the educational director at the SCLC, where she worked alongside other civil rights icons and acted as an adviser to Martin Luther King Jr. Cotton was born in North Carolina; her mother died when she was a small child, and she and her three sisters were raised by her father, who worked in a tobacco factory.