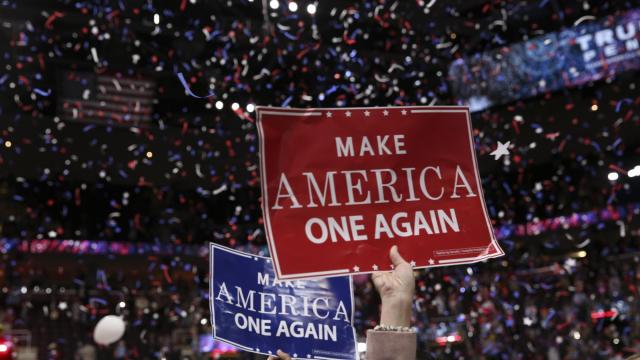 Saturday, July 21, 2018 -- A round up of opinion, commentary and analysis on: Charlotte selected to host the 2020 GOP National Convention, Democrats hold "weekend of action" in legislative races, income inequality In NC surpasses pre-recession high, coal ash disposal and more.

MYRNA PEREZ: How the midterm elections may be compromised (New York Times column) -- This fall, millions of Americans may head to the polls only to find their names aren’t on voter registration lists anymore. These voters may have to cast provisional ballots. Or worse, they could be turned away. The cause? Voter purges, an often flawed method of cleaning up voter registration lists by deleting names from voter rolls.

JONATHAN BRATER, KEVIN MORRIS, MRNA PEREZ & CHRISTOPHER DELUZIO: Purges are a growing threat to the right to vote (NYU Brennan Center analysis) -- Our research shows that state and local processes to remove supposedly ineligible people from voter rolls are too often based on bad information — like “ineligible” lists that contain the names of eligible voters, or matching processes that confuse two different people for the same one. Yet purge rates are on the rise across the country, and particularly in a cluster of Southern states no longer under certain protections of the Voting Rights Act. And unlike anti-voter legislation, bad purges often happen in an office with the stroke of keyboard — meaning that voters knocked off the rolls may not realize what’s happened until it’s too late.

STEVE PEOPLES & TOM FOREMAN: Worries of violence accompany 2020 GOP convention choice (AP reports) -- Charlotte, the city selected for the 2020 Republican national Convention, has a history of diversity and inclusiveness that has sometimes been difficult to achieve.

ANDREW DUNN: Charlotte selected to host the 2020 GOP National Convention (Charlotte Agenda reports) -- The Republican National Committee is in charge of executing on the convention, and they’ll bring in as many as 200 staffers to Charlotte over the next two years. Their focus will be on the political side and what happens inside the Spectrum Center over the four days of the convention. Everything else is up to Charlotte to figure out. The next two years locally will be organized by what’s known as the “Host Committee,” led by John Lassiter, president of Carolina Legal Staffing, former mayoral candidate and former Gov. Pat McCrory’s appointment to head the Economic Development Partnership of N.C. This is a nonprofit group of 70+ business leaders that will be responsible for making sure Charlotte looks its best when 35,000+ visitors come to town.

GOP picks Charlotte for 2020 convention. Now, the fundraising and organizing begin. (Charlotte Observer reports) -- The Republican National Committee has voted Charlotte North Carolina as the winner of the host city bid for the 2020 RNC during their Austin TX meeting.

ALLEN BLINDER & MAGGIE ASTOR: Republicans Choose Charlotte for Their 2020 Convention (New York Times reports) -- The 2020 Republican National Convention will be held in Charlotte, N.C., the party announced. The gathering has been a subject of fierce debate in Charlotte. Though the city — North Carolina’s largest, with about 860,000 residents — hosted the Democratic National Convention in 2012, many residents balked at allowing the 2020 conference, which will presumably include the nomination of President Trump for a second term.

Charlotte's landing of tbe RNC may not be a real victory (Greensboro News & Record) -- What if you were entertaining bids for a convention that figured to be a big pep rally for a president seeking re-election and almost no city wanted your business?

ROB SCHOFIELD: Just say “no” to fooling with the state constitution (Winston-Salem Journal column) -- Like Congress and most modern American state legislatures, the N.C. legislature is not a popular or respected body. Raleigh-based Public Policy Polling asked voters their opinion of the General Assembly earlier this year and the results were fairly dismal.

JASON DEBRUYN: Income Inequality In NC Surpasses Pre-Recession High (WUNC-FM reports) -- In N.C., the average top 1 percent earner takes home more than 20 times what the average earner in the bottom 99 percent earns, according to new research published by the Economic Policy Institute. The average income for the top 1 percent in N.C. was $903,000 while the average income for the bottom 99 percent was $44,000. That 20.6 top-to-bottom income ratio is below the averages for both the nation and the South, but – like everywhere else in the country – has again surpassed pre-Recession levels.

EDUCATION
BILLY BALL: State Board of Ed’s Cobey won’t seek another term as chair (N.C. Policy Watch reports) -- Bill Cobey, the longtime N.C. Republican who’s clashed of late with members of his own party in the General Assembly and Superintendent Mark Johnson, will not seek another term as board chair when his term ends in September. “I’ve done it for five and a half years,” Cobey said. “I think that’s plenty long enough.” Asked whether he intends to remain on the board for the duration of his term, which ends next March, Cobey declined to comment.

Solar growth shining bright (Greensboro News & Record column) -- This is a testimonial to the extraordinary resilience and success of solar energy in North Carolina. Despite legislative efforts to slow its growth and utility efforts to control it, this state ranks third in the nation for increases in solar energy generation in the past decade.

HEALTH
The U.S. vs. breastfeeding (Winston-Salem Journal) -- Of all things. During a recent meeting in Geneva of the United Nations-affiliated World Health Assembly, a resolution reinforcing that a mother’s milk is healthiest for children and encouraging countries to limit inaccurate marketing of alternate products met strong opposition from the United States’ delegation.

… AND MORE
Veteran newspaper reporter loses job in plagiarism probe (AP reports) — A veteran N.C. newspaper reporter lost her job after editors found she used material from other publications in her stories without credit. The News & Observer announced Anne Blythe’s departure on its website this week. A lawyer for Blythe said that the newspaper didn’t give her an adequate opportunity to respond to the allegations.

HEATHER MURPHY: You Should Actually Send That Thank You Note You’ve Been Meaning to Write (New York Times reports) – People like getting thank you notes. O.K., it’s not that surprising. But what did surprise two psychologist as they attempted to get to bottom of why so few people actually send thank yous is that many people totally “miscalibrate” the effect of an appreciative email. They underestimate the positive feelings it will bring. This finding was “a gem” that is “worthy of future research” said Sara Algoe, a professor at UNC-Chapel Hill, who also researches gratitude, in an email. “I like that their work reinforces the value of just saying something,” she wrote.

MARGARET LASKEY: Pie to Cut Through Summer’s Heat (New York Times reports) -- As a child in the 1950s and ’60s, Bill Smith vacationed with his family in Atlantic Beach, on one of the southern-facing barrier islands along the coast of North Carolina. … Years later, in 2011, Mr. Smith — the chef at Crook’s Corner in Chapel Hill, known for Southern comfort-food classics like shrimp and grits, fried oysters and banana pudding — was asked to come up with a dessert to serve at a Southern Foodways Alliance dinner. “That pie,” he said, immediately came to mind.

RYAN JOSEPH: N.C. Barbecue on a Brooklyn Street Corner (New York Times reports) -- At the corner of Albany Avenue and Pacific Street in Crown Heights, singles from the Jay-Z album “Reasonable Doubt” echoed from 47-year-old Donnell Rogers’s front yard as he tended to two weathered, barrel-shaped black smokers. One was filled with pork ribs and the other had chicken legs. Plumes of pecan wood smoke swirled in the air. After several weeks visiting family in Greenville, N.C., the Brooklyn pitmaster was back. He had missed the last two Saturdays — the only day of the week Mr. Rogers sells his food, rain or shine — and the intersection was buzzing.