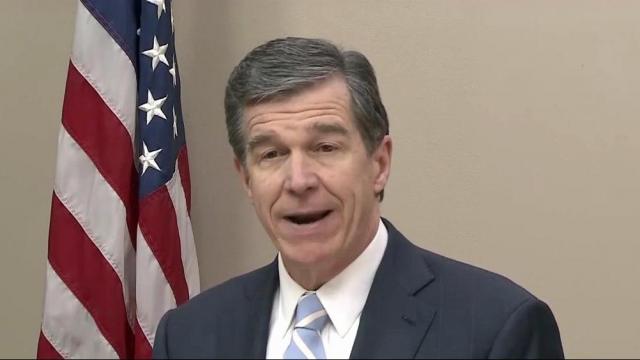 BOB PHILLIPS: This could be the year of reckoning for gerrymandering (Winston-Salem Journal column) -– For almost as long as our nation has existed, gerrymandering has plagued our democracy.

RICK SMITH: Wall Street Journal analysis belittles Triangle’s chances to land Amazon HQ2 (WRAL-TV/TechWire column) The Triangle is not being given much of a chance to win the bidding for Amazon’s $5 billion HQ2 project. In an evaluation based on data across six categories, from “culture fit” to cost of living and technology workforce, The Wall Street Journal ranks Raleigh in the third of five tiers for 19 of the 20 finalists recently announced by Amazon. (Toronto is not included.) Dallas ranks as No. 1.

Behind the Wheel: N.C. may still be the ‘good roads’ state (Fayetteville Observer/WalletHub column) -- Some public officials used to call North Carolina the “good roads” state because of its history in building and maintaining roads, an effort that carries back to an association formed for that purpose in 1902. Apparently, we Tar Heels have retained a little bit of that old glory.

WILLIAM BARBER & JONATHAN WILSON-HARTGROVE: The unveiling of Christian Nationalism (Durham Herald-Sun column) -- As black and white preachers in America, we see our oldest Christian church’s refusal of fellowship to Vice President Mike Pence as a prophetic witness to the spiritual crisis we now face.

LAURA LESLIE: Lawmakers nearing agreement on class size fix (WRAL-TV analysis) -- Lawmakers are in serious negotiations to work out a deal on a class size mandate that school districts say they cannot afford to carry out.

LISA PHILIP: Chair Of UNC's Board Of Governors Defends Op-Ed (WUNC-FM analysis) -- Tensions on the UNC Board of Governors remain high, a month after the board's chairman wrote an op-ed calling for the board to be united. In the December op-ed, Chairman Louis Bissette called on the board to unite while allowing UNC system leaders to 'do their job.'

Renaming school for Frederick Douglass honors our history (Wilson Times) -- Frederick Douglass High School occupies a prominent place in Wilson County history. Passing the Douglass name along to the elementary school that replaced it will preserve that history.

VALERIE STRAUSS: Teachers: How student ‘dreamers’ enrich our N.C. high school (Washington Post column) -- "Eliminating DACA would mark a symbolic shift in policy but create real consequences in schools across the country and compromise the promises of equity, opportunity and diversity that define our public schools.”

Tariffs will harm solar installations (Greensboro News & Record) -- It took just two days for South Korea’s LG Electronics to announce price hikes for most of the washing machines it exports to the United States.

Solar panel tariffs a step backward (Wilmington Star-News) -- President Trump’s decision to slap a massive tariff on solar panel parts will not doom the solar power industry in the United States, but it’s a bad idea. Consumers will pay more and some workers will lose their jobs. The overall trend toward solar, however, will not likely be stalled in the long run. The administration approved tariffs as high as 30 percent on panel imports, gradually shrinking to 15 percent over the next four years.

Of course drilling’s bad for Fla. -- and it’s bad for N.C., too (Wilmington Star-News) -- Why should it be open season on North Carolina’s coast for oil and gas drilling, while Florida is off-limits? Interior Secretary Ryan Zinke wants to open most of the continental shelf to exploration, including seismic testing. The big exception, it seems, is Florida. (One lower-level official later said the Sunshine State might be “back on the table,” but in the Trump Administration, nothing is certain until the Big Guy Tweets.)

JON HAWLEY: Navy study of wind farm effect ongoing (Elizabeth City Daily Advance analysis) -- About a year ago, state lawmakers called for shutting down the Amazon Wind Farm US East over concerns it would cause too much interference with a vital, U.S. Navy long-range radar receiver in Chesapeake.