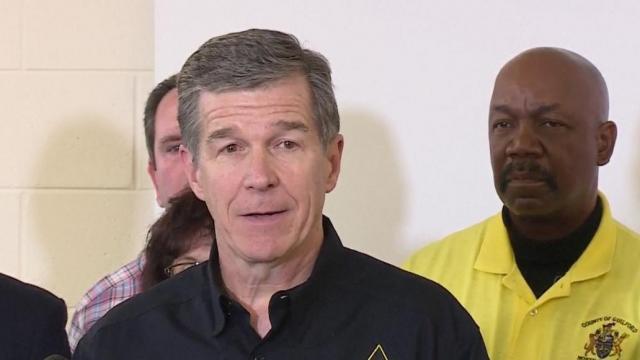 JIM MORRILL: Controversial NC charter bill approved. Now, these four towns could open schools. (Charlotte Observer reports) -- A legislative vote opened the door for four Mecklenburg County towns to create their own charter schools — and to what critics say could be the further segregation of Charlotte-Mecklenburg schools. The controversial bill won final approval in a 64-53 House vote, capping a year-long debate. Because it's a local measure, the Senate-passed bill does not need approval from Gov. Roy Cooper.

City money for schools? Why that's a false hope (Charlotte Observer) -- The legislature included a provision in its budget allowing municipalities to use property tax to pay for public schools. It's a policy that is sure to create winners and losers, and to widen the gap between rich and poor and urban and rural.

GARY ROBERTSON: Charter school creation for 4 towns gets final approval (AP reports) -- For the first time, N.C. municipalities now have the authority to apply for and to operate charter schools after the General Assembly gave final approval to the measure.

What’s in the water? Don’t ask, lawmakers say (Fayetteville Observer) -- In a week when many of us observe the 1-year anniversary of the arrival of “GenX” in our vocabulary, the General Assembly chose the most cynical possible response. Instead of passing legislation that will protect Cape Fear River Basin residents from the chemical threat, lawmakers gutted some already anemic responses — at the request of the chemical industry.

TRAVIS FAIN: Farm bill targets nuisance suits against pork industry (WRAL-TV reports) -- "They have all the rights, and we have none," says a woman who lives next to a hog farm.

TRAVIS FAIN: $3B in road borrowing clears Senate (WRAL-TV reports) -- Payback costs would near $4.7 billion, and projects would be chosen through a state ranking formula.

Road debt authority gets unanimous Senate approval (AP reports) – N.C.'s road-building agency could benefit from up to $3 billion in debt to complete more projects faster in a bill getting bipartisan support in one General Assembly chamber.

Improve medical care for rural residents (Winston-Salem Journal) -- Two bipartisan bills intended to improve access to medical care in rural communities currently before the state legislature could benefit many. But it’s a shame that the situation had to get this dire in the first place. It could have been prevented with earlier action from the legislature.

CAMPAIGN 2018
PETER NICHOLAS: Democrats’ Interest in Midterm Elections Running Ahead of Republicans’ (Wall Street Journal reports) -- Democrats are showing considerably more interest in the fall elections than are Republicans, and voters overall are signaling they would like control of Congress to flip to the Democrats, a new NBC News/Wall Street Journal poll finds.

POLICY & POLITICS
Apple campus would be a transformative addition to the Triangle (WRAL-TV/TechWire reports) -- Apple reportedly is in the final stages of negotiating a deal to bring thousands of jobs to the Triangle, a deal that could transform the region.

KELLY HINCHCLIFFE: Civil rights advocates discuss risks, benefits of 2020 Census (WRAL-TV reports) -- How do you warn people about potential problems with the 2020 Census while also encouraging them to participate in it? That was the question civil rights and demographic experts discussed during a panel discussion at the Junior League of Raleigh.

MICHAEL ABRAMOWITZ: State treasurer presses Vidant-ECU on merger (Greenville Daily Reflector reports) -- North Carolina’s treasurer Dale Folwell told officials he was concerned an agreement to address the potential effects a merger between Vidant Health and ECU might have on state employees’ benefits had yet to be reviewed by an outside counsel.

TYLER DUKES: After long silence, Chemours touts plan to cut GenX emissions (WRAL-TV reports) -- Chemours officials said they are committed to responding to the concerns of residents nearby and downstream from their Bladen County plant, but maintain safety of drinking water containing GenX.

VAUGHN HAGERY: GenX Wake=up call, legislative snooze button (Coastal Review analysis) – It’s been a year since news was first reported of GenX and other contaminants in the Cape Fear region’s drinking water, but despite all the attention, little progress has been made to protect public health.

STEPHANIE CARSON: Statewide Campaign Launches to Reduce Polystyrene Use (Public News Service) -- Our take-out culture is taking its toll on N.C.'s landfills. It's estimated that Americans throw away 70 million plastic foam cups every day - and that doesn't include bowls and take-out containers. It's something that community groups and concerned citizens are working to change in the Tar Heel State. Environment N.C. joined Compost Now and Every Tray Counts to launch "Wildlife Over Waste." Executive director Drew Ball said something must change.