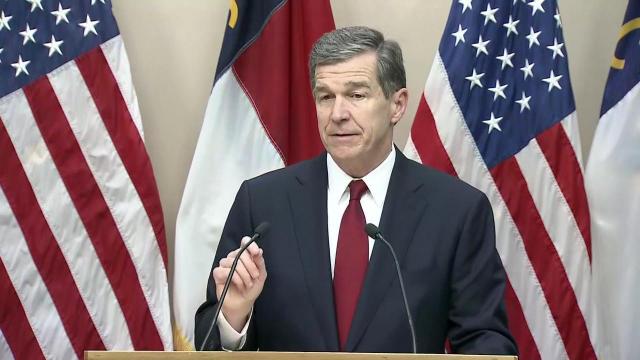 Constitutional alterations on hunting, taxes go to panels (AP reports) – N.C. Republican legislators are ready to advance proposed constitutional amendments, some which could make it more attractive for conservatives to go vote in November.

REP. DEB BUTLER: Remove absurd ‘swamp’ designation (Wilmington Star-News column) -- The catastrophic contamination of the drinking water supply for a quarter of a million people in the Cape Fear watershed has had one encouraging outcome. Our citizens, many of whom really didn’t even know where their drinking water came from, are now keenly aware of our state’s water-quality crisis.

Try these better ideas than reducing early voting hours in N.C. (Greensboro News & Record) -- The N.C. General Assembly seems intent on playing with your right to vote, and our first question when a new initiative pops up about this process is always the same: Why?

CAMPAIGN 2018
GARY ROBERTSON: Judge won't restore N.C. judicial primaries (AP reports) -- A federal judge has definitively ruled out judicial primaries in N.C. this election year, favoring Republican legislative leaders who said they wanted to avoid confusing the voters. U.S. District Judge Catherine Eagles announced Tuesday she would side with the GOP defendants in a lawsuit filed by the state Democratic Party and several county Democratic Parties. They had demanded the restoration of primaries for trial and appellate court seats. A one-day trial was held this month in Greensboro.

ASHLEY PARKER: The president seems to be saying more and more things that are not true (Washington Post reports) -- The falsehoods have multiplied in recent days as Trump seeks to create an alternate reality around immigration and other issues.

Separation of families at borders must end, and Trump can do it (Fayetteville Observer) -- The Trump Administration in early May announced a new policy that separates children from parents who illegally cross the southern border. The numbers are in, and so are the images — and both are ugly. More than 2,000 children are now being held separately from their parents at detention centers in the United States.

KRISTEN ZEIS: Virginia removing National Guard troops from the border due to Trump policy (Virginia Pilot reports) — Virginia Gov. Ralph Northam says he's recalling members of the state's National Guard from the U.S.-Mexico border because he disagrees with a federal policy of separating immigrant children from their families.

LISA MASCARO and ALAN FRAM: Trump, GOP leaders strain for migrant-kids solution (AP reports) — Republican lawmakers and President Donald Trump searched for a way to end the administration's policy of separating families after illegal border crossings, with their focus shifting to a new plan to keep children in detention longer than now permitted — but with their parents.

NOAH FEIT AND SARAH ELLIS: In 'defining moment of 21st century,' Columbia Mayor Benjamin will go to US border (Charlotte Observer reports) — Columbia, South Carolina, Mayor Steve Benjamin will lead a delegation of mayors to the U.S.-Mexico border where they will visit children being separated from their parents.

JONATHAN MAHLER: How One Conservative Think Tank, the Heritage Foundation, Is Stocking Trump’s Government (New York Times reports) -- To lead the project, Jim DeMint turned to a woman who had spent decades building Heritage’s network and knew just how to staff a government: Becky Norton Dunlop. … Dunlop’s name may be unfamiliar to most Americans, but she is something of a legend among movement conservatives. She came to Washington in 1973 straight from college to work for the American Conservative Union, the lobbying group best known for organizing the annual Conservative Political Action Conference, and later married an aide to Senator Jesse Helms of North Carolina, who gave her away at their wedding. (Her father, a Baptist minister, officiated.) Congress eventually pushed her out of the Interior Department for trying to demote or fire several National Park Service employees and replace them with political appointees.

EDUCATION
LIZ SCHLEMMER: NC Needs School Psychologists, But Legislation To Help Hire More Is Stalled (WUNC-FM reports) -- Lawmakers focused on improving school safety for months have planned to address a significant shortage of school psychologists, but none of the related bills filed by legislators look like they are going anywhere during this legislative session.

STEPHANIE CARSON: NC Schools Combat Suicide with Emotional Education (Public News Service reports) – N.C. public school employees may soon be better equipped to offer mental-health services and emotional education to students, now that the General Assembly has passed a bill that would create programs to support suicide prevention and mental-health services in schools. It's an effort that Wake County Public Schools already has been employing. The school system begins emotions education in first grade with the program "Funny Tummy Feelings" and continues various lessons in coping skills and problem-solving all the way up through high school.

HEALTH
LISA SORG: DHHS investigating suspected cancer cluster near Lake Norman (N.C. Policy Watch reports) -- Two areas near Lake Norman have reported statistically higher than expected incidences of thyroid cancer, according to a May 29 letter obtained by Policy Watch from the state Department of Health and Human Services. Most of the cases occurred in two Zip Codes: 28115 and 28117. The state undertook the analysis because of community reports of thyroid cancer, including several cases involving teenage girls. Thyroid cancer is unusual in young people. It more commonly affects women in their 40s and 50s.

SABRINA TAVERNISE: Fewer Births Than Deaths Among Whites in Majority of U.S. States Including N.C. (New York Times reports) -- Deaths now outnumber births among white people in more than half the states in the country, demographers have found, signaling what could be a faster-than-expected transition to a future in which whites are no longer a majority of the American population. The list of states where white deaths outnumber births now includes North Carolina and Ohio.

Our Coast’s People: Rachel Noble (Coastal Review column) -- She’s a coastal scientist who developed a quick test for bacteria that health officials use to gauge the safety of shellfish waters and swimming areas and that can also be used for other foods, meet Rachel Noble.

AND MORE…
RAY GRONBERG: The Triangle leads NC in tech job openings. (Durham-Herald Sun reports) — Tech is a hot jobs sector in NC, but nowhere is it hotter than here in the Triangle. In May employers posted 22,309 information-technology jobs across the state.

ANDREW R. CHOW: Nina Simone’s Childhood Home Gets ‘National Treasure’ Designation (New York Times) -- The house where the singer Nina Simone was born is in bad shape. The ceiling is crumbling, the walls chipping, the floorboards sagging; stray wooden planks are strewn against the walls. Last year, it seemed inevitable that the house would succumb to time.

MICHAEL RUANE: Bones of Civil War dead found on a battlefield tell their horror stories (Washington Post reports) -- The sawed-off arms and legs of as many as 12 soldiers cut down at the Civil War’s Second Battle of Bull Run in August 1862 have been unearthed at a Virginia site, giving archaeologists an extraordinary discovery to study.