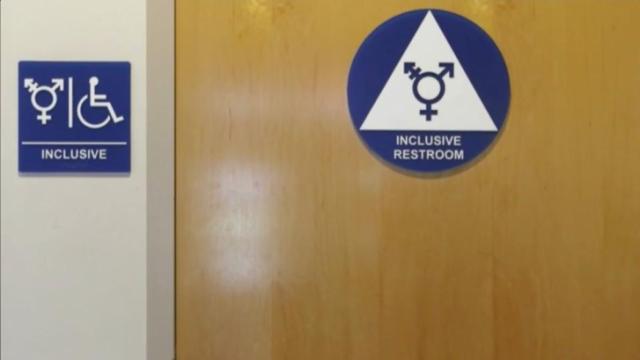 DAVID YELLEN: Why we are going to Duke (Chronicle of Higher Education column) -- Marist College has been criticized for agreeing to play a basketball game at Duke University as part of the Naismith Memorial Hall of Fame Tipoff Tournament in November. Some have suggested that we and other colleges should boycott North Carolina because of a controversial law enacted last spring requiring people to use only those public restrooms designated for the sex on their birth certificates. My own strong opinion is that this law was motivated by animosity toward LGBT people, is discriminatory, and should be repealed as soon as possible. However, I do not believe that colleges and universities should engage in boycotts in situations like this.

Is CSX all aboard on pledge to hold train noise? (Greenville Daily Reflector) -- CSX railroad operations have been prominently featured in local and state news during the past weeks. For the vast majority of people in these parts, the news has been extremely positive, focused on CSX plans to build a massive shipping hub in Rocky Mount. But for a few people in Pitt County, relations with the freight transportation company have literally been nerve rattling. That raises some important questions, including whether the problems of those few merit the level of attention they have attracted.

Past time for a full accounting on police whistleblowers (Winston-Salem Journal) -- Now that a U.S. District Court judge has ruled Mocksville Town Manager Christine Bralley is liable for the wrongful firings of three police officers in 2011 two weeks after the officers reported allegations of police corruption to the state, we repeat our call for Bralley and N.C. Attorney General Roy Cooper to provide the public with full details on this injustice.

Don’t cut into public’s access to N.C. beaches (Wilson Times) -- Bravo to the Brunswick County commissioners for putting their money where their mouths are in terms of beach access. The commissioners pledged $2,000 to help the town of Emerald Isle in a state Supreme Court case that could make a big difference.

It's a terrible time to play politics with voting (Fayetteville Observer) -- First, do no harm. We wish all members of the state's boards of elections would add that to their oath of office. It would be even better if high-powered political operatives made the same vow.

GOP ad may have hurt Sen. Lee, not helped (Wilmington Star-News) -- If the Democratic Party candidate for N.C. Senate merits the moniker "Party Boy Barnhill," then he sure has us fooled. The StarNews Editorial Board met with Andrew Barnhill last month to discuss his ideas. He struck us as a candidate on top of the issues and running a smart ground game,

DMV service no better than when McCrory entered office (Waynesville Mountaineer column) – Four years after Pat McCrory opened his campaign at a DMV office, complaining about the long wait-time, a columnist spent five hours waiting for service at a DMV office.

Greenville can set a meaningful safety precedent (Greenville Daily Reflector) -- A city has no higher responsibility to its residents than providing for their safety, including traffic safety. Greenville can make a solid statement to that effect and become the first city in North Carolina to commit to eliminating pedestrian fatalities within the next decade.