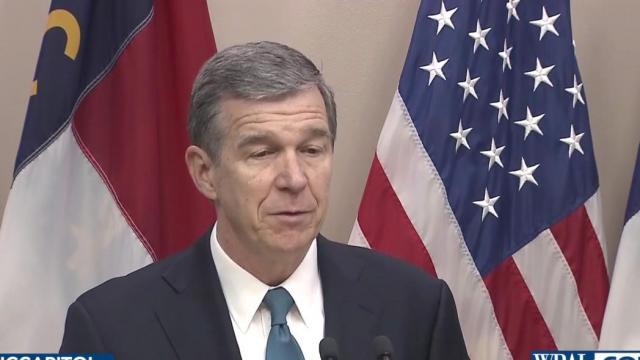 Thursday, Dec. 27, 2018 -- A round up of opinion, commentary and analysis on: Ex-Buncombe County official pleads guilty to fraud conspiracy, Holocaust monument threatened by ruling against religious symbols on memorials, another legislative session convenes to override Cooper vetoes, Hyde farm could make Duke U carbon neutral and more.

LEGISLATURE IN OVERTIME
JODI GLUSCO: Another legislative session convenes to override Cooper vetoes (WRAL-TV reports) -- State lawmakers will return to town for yet another session. They are expected to override two recent vetoes by Gov. Roy Cooper.

CRAIG JARVIS: NC governor asks support for veto of bill that would ‘protect politicians who commit fraud’ (Durham Herald-Sun reports) – The General Assembly returns to Raleigh on Thursday to override Gov. Roy Cooper’s veto of its bill that would make investigations into campaign finance violations confidential.

ROSE WONG: New NC voter ID law levies restrictions on private colleges' ID cards (Duke Chronicle) -- A new voter ID law will require photo identification to cast a ballot in North Carolina. Earlier drafts of the bill disallowed students at private colleges in the state—such as Duke—from using their college ID card to vote, but they were brought back into the bill with specified restraints “This [law] is a solution in search of a problem," said Fritz Mayer, public policy professor and director of the Center for Political Leadership, Innovation and Service. "There is no evidence whatsoever of in-person voter fraud by students. It’s not. It just doesn’t happen.”

MARK PRICE: Is SC Holocaust monument threatened by ruling against religious symbols on memorials? (Charlotte Observer reports) — South Carolina’s Holocaust memorial in Columbia is among the monuments that could be endangered by a recent federal court ruling against war memorials containing religious symbolism, according to a brief filed Christmas Eve with the U.S. Supreme Court.

Add some daylight to corporate recruiting (Fayetteville Observer) — Amazon may have walked away from a bigger offer from NC than it took to put half of its second headquarters in New York and half in northern Virginia. Some sources put the total value of the NC package at nearly $2.5 billion — an astonishing commitment of this state’s resources. But we may never know the full details of the deal this state’s leaders offered, thanks to a four-year-old law change that requires the withholding of financial details.

DREW WILSON: N.C.’s next cash crop?: Farm bill will add hemp into more growers’ rotation (Wilson Times reports) -- Since 1937, hemp has been illegal. It has been lumped in with its cousin marijuana on a federal schedule list of controlled substances and chemicals. North Carolina was one of a handful of states that permitted experimental hemp growing and processing in 2014 when it established the N.C. Industrial Hemp Pilot Program administered through the N.C. Industrial Hemp Commission. Mullen is one of the growing number of registered growers and processors in the state. “I would like for it to be something that North Carolina could thrive on for years to come, and I think we can because I think the climate and the soil is just right,” Mann Mullen, a Wilson County farmer and tobacco warehouse owner, said. “North Carolina, just like tobacco, has the perfect type of soil. I think it will be good.”

RONNIE GREENE & MICHAEL WILLIAMS: As Their Landlord Profits, Soldiers Battle Unsafe Army Homes (Reuters reports) -- One set of photographs, posted on Instagram, captures a grand, crimson-colored banquet hall at a 100-acre Irish estate with two 18th Century mansions. The owner has redecorated the residence in gilded mirrors and blue damask wallpaper with the help of a renowned interior designer and is having a personal golf course installed on the verdant grounds. Another set of pictures, taken by tenants, shows homes across the Atlantic in North Carolina, Maryland and Louisiana, plagued by flooding, bursting pipes, mold blooms, collapsed ceilings, exposed lead paint and tap water as brown as tea. … The same man is behind all these dwellings. John Picerne. He purchased the estate in 2015 after emerging as one of the largest private landlords on U.S. military bases. The others are the homes of his warrior-tenants, who pay hundreds of millions of dollars a year in rent to live in housing run by Corvias Group, Picerne's closely held company. The Corvias homes are among 206,000 now under private management in the 22-year-old U.S. Military Housing Privatization Initiative, the largest-ever corporate takeover of federal housing. The military says the effort has enhanced the lives of service members and their families. Some of Corvias' tenants strongly disagree. They accuse Picerne's company of renting them poorly maintained homes riddled with health hazards that can trigger illness or childhood developmental delays.

EDUCATION
JESSIE POUNDS: New Greensboro charter school makes being downtown part of the lesson (Greensboro News & Record reports) — A second-story window of a new school downtown frames a bit of the grit and grandeur of the center city, from the industrial back corner of the News & Record to the high tower of the Lincoln Financial building. Just inside that window, a couple of sixth-graders work out long division problems in erasable marker on the pane, laughing together at mistakes before wiping them away and starting again.

AND MORE…
They made Charlotte better in 2018 (Charlotte Observer) — Each year, the Observer editorial board searches for heroes among us who make our city and region better. This year, we’ve found people who’ve made the most of a second chance, helped dads connect with children, helped students explore and forever changed treatment of cancer in Charlotte. (We published our first two honorees yesterday.) To them, and to all who make our community better, we say thank you!

LIZ BIRO: New Year’s Food for Good Luck (Coastal Review Online reports) — What’s the best food for New Year’s Day? The food that brings you good luck, of course. Lucky foods for New Year’s might mean a fish fry to ensure long life or a big pot of collards guaranteeing plenty of cash. Fried oysters, grilled oysters or oyster stew could help in the, um, romance department – if you believe.