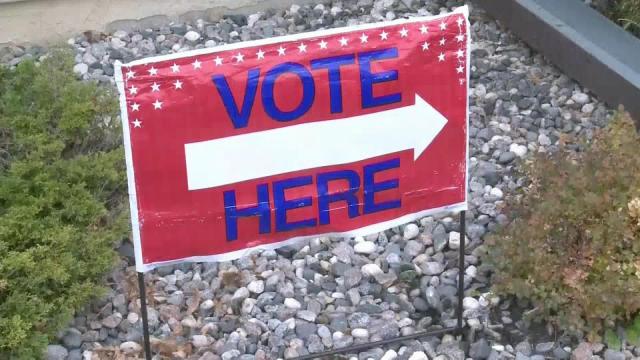 ELECTIONS
PAUL WOOVERTON: As filing period begins, uncertainty clouds 2018 elections (Fayetteville Observer analysis) -- The 2018 elections start today amid confusion and uncertainty because of multiple lawsuits and the potential that elections for judges will be changed or eliminated. Candidates for most races will begin filing for office at noon. The filing period continues through noon Feb. 28. The filings are for the people running for local offices throughout the state, including sheriff, county commissioner, clerk of court, register of deeds and district attorney. They also include those running for the General Assembly and Congress. Pending actions in state and federal courts could make some of the filings moot. The state’s legislative and congressional district maps have been challenged on the premise that they have unconstitutional defects.

JIM MORRILL: Meckenburg voters get new legislative districts – and more competition (Charlotte Observer analysis) -- From Ballantyne to Davidson and a lot of Charlotte neighborhoods in between, Mecklenburg voters can expect to see more competitive legislative races in 2018 than they have in years. And potentially more decisive. Races formally kick off today with the opening of candidate filing. Throughout the state, candidates will file for everything from Congress to county commissioner.

MARY KOLEK & WILLIE TAYLOR: How to fix class-size legislation (Fayetteville Observer column) -- Legislators can revert to the Original HB13, which allows school districts the flexibility to address class size reduction while avoiding reductions of arts, support and upper division staff as well as providing time to address facility issues. Or legislators can immediately replace HB13 with a new bill that has a more realistic timeline and an expanded funding process (including capital funding) for reducing K-3 class sizes that does not impact other grades or academic programs. This issue affects each of us: Whether you have children in the public schools or not, the ability of N.C. schools to provide each child with a quality public education experience is a basic and vital pillar on which our democracy was founded.

Finally, Do We Get Competitive Races? (Southern Pines Pilot) -- Campaign filing for the 2018 ballot doesn’t begin until noon Monday, but already we have reason to look forward not just to the May primary, but the November general election as well.

Supreme Court sets final 2018 districts (Greensboro News & Record) -- At last, North Carolina legislative and congressional districts seem to be set for 2018. Although predictions are risky, the U.S. Supreme Court may have pronounced the last word Tuesday. For better and for worse.

RICHARD CRAVER: N.C. GOP legislators show little interest in raising jobless benefits (Winston-Salem Journal analysis) -- It was a pointed question, with a tinge of exasperation, that symbolized how Republican legislators view the necessity of unemployment insurance benefits for the jobless and how they affect their former employers. The Urban Institute, a nonprofit research group, gave a presentation about unemployment insurance benefits to the General Assembly’s Joint Oversight Committee on Unemployment Insurance. The committee has seven Republican members and a single Democrat.

ALLAN FREYER: Report raises new questions about Amazon, economic development (Greensboro News & Record column) -- Amazon jobs and cash incentives to bring those jobs to North Carolina may not be all they’re cracked up to be, according to a report released Feb. 1 by the Economic Policy Institute.

Only more funding will fix prison staffing woes (Elizabeth City Daily Advance) -- The National Institute of Corrections recently released its report on safety and security at Pasquotank Correctional Institution in the wake of October’s failed inmate escape attempt, and to no surprise its chief finding is that the prison is woefully understaffed — so understaffed that employees have cut corners on safety with deadly consequences.

CELIA RIVENBARK: Paper or plastic? How about duct tape (Wilmington Star-News column) -- Have you noticed this irritating trend? You’re paying for your stuff at the grocery store, or wherever, and the clerk, all bright-eyed and coached up, asks: “Got any big plans for the weekend?" It’s epidemic. And it needs to stop. I had only recently made my peace with this invasive phrase’s less-nosey cousin, “How has your day gone so far?

JOHN RAILEY: Don’t let these dreams become nightmares (Winston-Salem Journal column) -- Bere Ruiz, a 23-year-old Winston resident, worries about her fate and that of her family as the stalemate between President Trump and congressional Democrats over several hundred thousand Dreamers like her drags on in Washington. Like so many Dreamers, she has a story of a grueling journey to get here and playing by the rules once here.

ALLEN JOHNSON: Phil Berger rejoice! Josephine Boyd Street closer to reality (Greensboro News & Record column) -- State Sen. Phil Berger was smiling somewhere last week. The most powerful politician in the state has made it clear how he feels about history, especially where Confederate monuments are concerned. Berger wrote to Gov. Roy Cooper “that attempting to rewrite history is a fool’s errand, and those trying to rewrite history unfortunately are likely taking a first step toward repeating it." It stands to reason, then, that Berger favors preserving other chapters in our history as well. And that he must be tickled pink that the city of Greensboro at last seems poised to honor Josephine Boyd Bradley – the first black student to graduate from Grimsley High School, in a manner that befits her.

RACHELLE HEIDLEBAUGH: Fintech gives North Carolinians the credit they deserve (Greensboro News & Record column) -- An alarming number of North Carolinians live under constant threat of financial ruin. Four in 10 residents have nothing saved. And the average North Carolinian has a credit score of just 661, well below the 700 that most small banks require for a loan.

BILL HAND: Anna’s House offers support to trafficking victims (Kinston Free Press analysis) -- Last week, two state legislators — Lt. Gov. Dan Forrest and N.C. Sen. Norman Sanderson — saw first hand the help Anna’s House provides during a visit. The two legislators were introduced to the women living there, TJI staff, and Boaz, a small dog who lives in the house with the women. After a brief prayer circle, the men were shown through the house, while Tellis talked about the lives the residents live there.

A timely probe (Winston-Salem Journal) -- Sen. Thom Tillis stepped forward to co-sponsor a resolution in the U.S. Senate that addresses an important and timely cause: establishing a special committee to investigate the U.S. Olympic Committee and USA Gymnastics and learn how Larry Nassar, a doctor for USA Gymnastics, sexually abused female gymnasts for years without being stopped. This is a worthy cause.

The Problem With Parole (New York Times) -- Even law-and-order states have grasped the need to refashion so-called hair-trigger community supervision systems that reflexively and unnecessarily send people to prison for minor infractions that have no bearing on public safety. A recent analysis by the reform-focused Council of State Governments Justice Center found that states like North Carolina, Arizona, Colorado, Georgia, Michigan, South Carolina and Texas have seen dramatic reductions over the last decade in recidivism connected to probation or parole.

EDUCATION
FRANK BRUNI: Corporations Will Inherit the Earth (New York Times column) -- In an effort to make sure that employees have up-to-the-minute technical skills — or are simply adept at critical thinking and creative problem solving — more companies have developed academies of their own. That’s likely to accelerate. “I think enterprises like Amazon and Google are going to build universities that teach coding and things the nation needs," said Margaret Spellings, the president of the UNC.

Senate GenX response is a dangerous fraud (Fayetteville Observer) -- At first we thought we were witnessing a miracle. Imagine: N.C. Senate leader Phil Berger, barely a month after refusing to consider a bipartisan, unanimously passed House bill funding a stepped-up response to GenX pollution, turns around and pushes a Senate version of the bill that allocates even more money to the project.

TIM WHITE: How they built the Senate GenX bill (maybe) (Fayetteville Observer column) --Wow, that was a quick about-face. Less than a month after he sent a GenX funding bill to death row, Phil Berger commuted the sentence and set it free. He even wants to give the state’s Department of Environmental Quality more money than the bill the House passed unanimously in January. Well, sort of. But how’d that happen? Is North Carolina’s 21st century Senator No OK? What’s up? Politics is up, of course.

KIRK ROSS: Reworked GenX Bill Goes Back to House (Coastal Review analysis) -- Disagreements over how to address GenX and other emerging contaminants were heated but the state Senate passed its version of a funding bill, which some say falls short.

HARVARD AYERS: Cooper's pipeline decision is an environmental disaster (Asheville Citizen-Times column) -- Gov. Roy Cooper’s recent approval of the Atlantic Coast Pipeline represents one of the worst environmental decisions ever made by a North Carolina governor. The pipeline crosses many streams in eastern North Carolina down the Interstate 95 corridor, and it will require the condemnation of many privately-owned lands in the area, overriding the land-rights of many individual property owners.

DAVID MAYFIELD: On Eastern Shore of Va., residents have a chicken problem (Norfolk Virginian-Pilot analysis) -- “We’re like a catastrophe getting ready to happen," said one Shore resident.

STEPHANIE CARSON: Dam Good Solution: NC City Flourishes with Growth of Water Sports (Public News Service) -- North Carolina has a dam problem after centuries of water-power use by textile mills - many of which are now retired. At least one city - Rockingham - is removing dams from its waterways and reaping the rewards. Leaders are set to take out another dam just north of the city, eight years after the removal of a dam on Hitchcock Creek ignited the growth of a recreation industry.

HEALTH
TAYLOR KNOPF: Josh Stein Talks About Fighting Opioid Abuse (N.C. Health News analysis) -- How is North Carolina's Attorney General thinking about combatting increases in opioids, and abuse across the state? We sat down and asked.

MICHAEL MCHUGH: Onslow County leads state in meth lab responses (Jacksonville Daily News analysis) -- Meth labs may be on the decline but Onslow County is still in the lead, according to recent data from the N.C. State Bureau of Investigation. In 2017, there were 232 clandestine lab responses, a decline of 144 labs over 2016 closures, according to the data.

Cardinal pivots (Winston-Salem Journal) -- After hearing recently that the 20 members of the new board placed in charge of Cardinal Innovations voted unanimously to accept a state-mandated corrective plan, we’re cautiously optimistic. Now the board must adhere to the plan to gain the public’s confidence.