Opinion Roundup: Working for Medicaid and getting legislators to work on redistricting 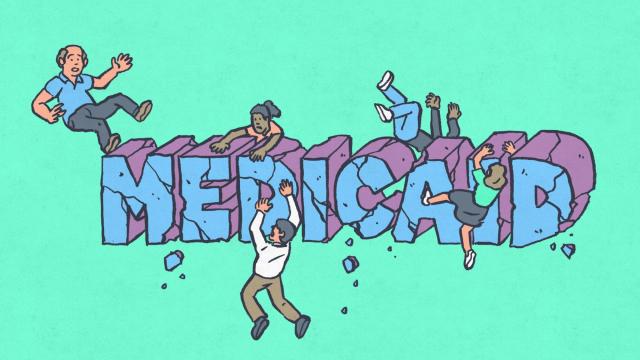 Wednesday, Jan. 17, 2018 -- A roundup of opinion, commentary and analysis on forcing work to get Medicaid, getting legislators to act on congressional redistricting and what's up with a former Asheville mayor.

HEALTH
Work exemption may mean Medicaid expansion (Fayetteville Observer) -- It was a surprising to see last week that North Carolina is one of the state’s seeking a federal exemption that would allow it to require employment in return for Medicaid eligibility. That’s not the sort of request we’d expect from a Democratic governor. But there it was: North Carolina joined nine other states in requesting an exemption from Medicaid rules that forbid imposing a work requirement.

The number of uninsured isn’t the only thing about to go up (Charlotte Observer) -- Health care insurance trend will get worse with elimination of Obamacare mandate. What that means to your bottom line.

State officials say flu 'very virulent' this year (WRAL-TV analysis) -- This year's flu season has gotten off to an early start and will only get worse in the coming weeks, North Carolina Secretary for Health and Human Services Dr. Mandy Cohen said.

ROSE HOBAN: Flu’s Bad This Year. Get Yer Dadgum Shot! (N.C. Health News column) -- This year's flu season has killed dozens in North Carolina... and it's not even bad yet. State officials say it's not too late to be immunized.

RICHARD CRAVER: N.C. health chief pleased with changes at Cardinal Innovations (Winston-Salem Journal analysis) -- A new board of directors for Cardinal Innovations Healthcare Solutions is expected to take over within the next few weeks, N.C. Secretary of Health Mandy Cohen told state legislators.

THOMAS KAPLAN & ROBERT PEAR: GOP Weighs Child Health Plan as Lure to Avert Shutdown (New York Times analysis) -- With no immigration deal in sight, Republicans are eyeing a stopgap bill to keep the government open past Friday, sweetening it with an extension of the child health insurance program.

POLICY & POLITICS
GARY ROBERTSON: Judges: No delay for new N.C. congressional map (AP news analysis) - Judges who struck down North Carolina's congressional map for excessive partisanship have refused to delay their order telling Republican state lawmakers to draw new lines by next week. The decision by the three-judge federal panel was expected, given that the judges wrote 200-plus pages last week explaining why the boundaries are illegal political gerrymanders violating the U.S. Constitution.

Action and inaction (Greensboro News & Record) -- There’s a good reason why former Greensboro Mayor Bill Knight doesn’t see his neighbor and state representative, Pricey Harrison, around that much, as he complained in a letter to the editor last week. The legislature is gradually turning itself into a full-time, permanent branch of government.

Cafe? No way. Call sweepstakes centers what they really are (Wilson Times) -- They’re as popular as they are controversial, they’re growing like kudzu in eastern North Carolina and local governments struggling to regulate them.

Compensation almost complete (Winston-Salem Journal) -- The state has almost finished compensation payments to the victims of North Carolina’s forced sterilization program. But we’ll reserve hallelujahs until the checks are in hand.

JENNIFER ALLEN: Guidance On Living Shorelines, there’s an app for that (Coastal Review analysis) -- The Nature Conservancy’s Coastal Resilience program has partnered with scientists at the NOAA Beaufort Lab to create an online tool for assessing the suitability of living shorelines along the central North Carolina coast.

EDUCATION
JOHN NEWSOM: N.C. Central’s law school faces questions from accreditor (Greensboro News & Record analysis) -- The N.C. Central University School of Law will have to defend its admissions practices this summer to the American Bar Association. In a letter the ABA says N.C. Central is out of compliance with the association’s admissions standards. The ABA — the accrediting body for U.S. law schools —requires law schools to admit students capable of completing their legal studies and passing the bar exam.

LIZ SCHLEMMER: Teachers Wait Up to 6 Months for Licenses: DPI Responds (WUNC-FM analysis) -- Aspiring new teachers in North Carolina have had to wait up to six months to receive their teaching licenses, according to complaints the Department of Public Instruction has received from educators as well as schools looking to hire.

DOUG CLARK: Where you come from defines who you are, doesn’t it? (Greensboro News & Record column) -- I have to congratulate myself on where I was born. It was a terrific achievement. I am a deservedly proud native of New York — the greatest city on Earth. And at what a time — at the peak of New York greatness.

JOHN BOYLE ANSWER MAN: Answer Man: Former Asheville Mayor Leni Sitnick working at Harris Teeter? (Asheville Citizen-Times column) -- QUESTION: I was at Harris Teeter in Asheville not too long ago, and I saw former Asheville Mayor Leni Sitnick working there. How long has she been working there? Why is she working there? Isn't she old enough to retire? ANSWER: This is really just economics at work. "I'm working because I have to. No retirement fund and no other income, except for Social Security, which doesn't cover rent, utilities, food, gas, etc." Sitnick was Asheville's first woman mayor.