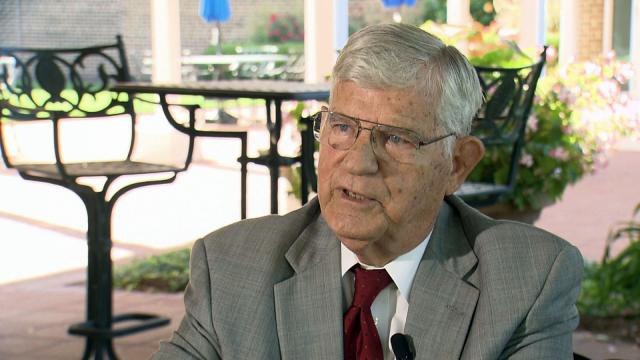 This column first appeared on the Higher Education Works Foundation website and is reprinted with the foundation's permission.

Who did this to us? We did.

An exercise in politics got caught up in politics. Charlotte City Council wanted an ordinance sought by LGBT voters, and finally, after the recent election, had a majority to adopt it. Most important was extending anti-discrimination rights based on sexual preferences and orientations. Then, against cautionary advice from legislators, the Governor, and even supportive editors, they went “one bridge too far.” They added a right for transgender folks to use the bathroom of their choice, which they probably were using anyway. That was newsworthy.

What happened next was predictable, and forewarned: our North Carolina General Assembly called a special session to halt the ordinance before it took effect. Once House Bill 2, to repeal the bathroom ordinance, was open for amendment, strange things happened. Amendments that could have been taken up later were moved and approved with little debate or understanding. That was newsworthy.

That is where this debacle really started. Politics in North Carolina, and most of America, has become so polarized that we don’t listen much to each other … because we no longer have to. Some legislative districts are so safe for Republicans that electable candidates may ignore liberal concerns. Some are so safe for Democrats that electable candidates may ignore conservative concerns.

Another factor, by the way, is the choice of many good moderates to abandon both political parties, leaving each with less moderation, so to speak. That’s a topic for another day.

What can we do now? First, both sides need to take time to listen to each other. We might learn how some young people have great difficulty dealing with their anatomy and hormones, in ways most of us could never begin to understand. Denying access to our state courts for protection leaves them vulnerable to harm from bullies. Our courts should be open for civil judgment. Hate crimes should be defined in enforceable law.

On the other hand, we might learn also that some people have had terrible experiences with sexual predators, and are fearful of laws that could make it easier for one to slip into girls’ locker rooms. It is not fear of transgender individuals, who have probably already been using such facilities without incident. (In almost 80 years of occasional visits to public bathrooms, I have never once dared to check out the qualifications of those standing next to me, and doubt that you have.)

The concern is for unintended consequences on both sides of this issue. Maybe if we adopted stronger punishment for predatory pretenders who do sneak in and violate the criminal law, it might reassure those who have been molested and others who share their fears. Besides, that’s an issue that would justify police action; unlike the City’s ordinance and the State’s HB2.

Some want to repeal all or parts of HB2. In this legislative session, partial repair may be possible; as some have indicated openness to reinstating access to the courts for civil remedies. With patience and goodwill, the court process should be restored.

The bathroom rule is another matter. If the City of Charlotte had not taken that step, we would be about where we were in 2015, with little public disturbance of big corporations, popular entertainers, sports leagues, and even daily newspapers; none of whom asked for this. Once that genie was called out of the bottle, a bigger genie was lurking in there, and it didn’t like what the first genie did. It’s possible this General Assembly could amend the bathroom clause of HB2, but it is problematic. No one yet has offered compromise language. A referendum has been suggested, and one can judge from their responses that both sides predict the same result. The General Assembly might be replaced, of course, but this issue will have far less effect on it than will each party’s presidential candidate.

The federal courts could overrule HB2, depending frankly on which set of judges hears it on appeal. By the time it reaches the Supreme Court, it may again depend on the presidential winner. The saner course would be for the General Assembly to take up the issue, which it has effectively tabled, conduct thoughtful hearings, and work out a reasonable balance of interests. Let reason and fairness prevail.

For some, the issue of which bathroom to use requires an official blessing. For most, it never gets a second thought. Until we stir it up.