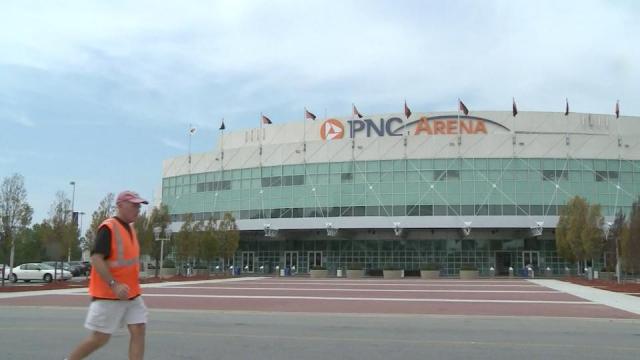 One year ago, Colon Terrell started walking 3,000 miles across the United States. The inspiration was a heart attack in 2009 that required open heart surgery.

"Five bypasses, every artery to the front of my heart was 90 to 100 percent blocked," Terrell said.

Cape Hatteras was the launch point for his trek, which started last March.

"It was an unbelievable, unbelievable journey," Terrell said. "No major problems. I lost some heels off my feet and every toe nail."

The American Heart Association organized receptions at many major city stops. He raised $22,000 for heart disease research, well short of his goal of $50,000. But he struck it rich with awareness.

"I've had more than 25 people who have told me that because of seeing me somewhere along the line or reading our blog, they have begun personal exercise programs," Terrell said.

There's a story behind every pin on his hat.

"This little pin means so much to me because it was given to me by the son of a policeman who died of a heart attack at age 48," Terrell said.

And that son started training for marathons to reduce his inherited risk for heart disease. Terrell is glad to be back home in time to be in another Triangle Heart Walk this coming Sunday, starting at the PNC Center.

"I'm back and I'm still walking," Terrell said. "And I'll be walking the rest of my life now."

WRAL health expert Dr. Allen Mask is a master of ceremonies at this Sunday's Heart Walk. The festivities begin at 1 p.m. and the walk starts at 2 p.m.