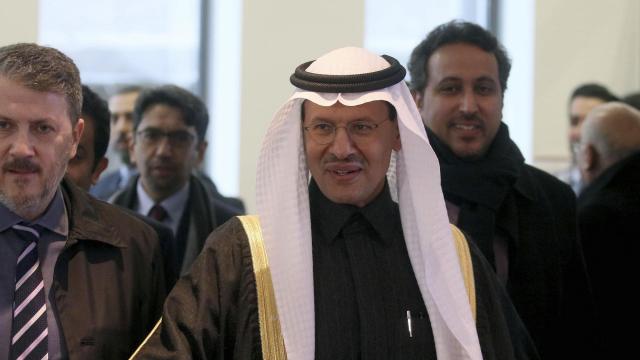 CNN — OPEC, Russia and other oil producing nations have agreed to deeper production cuts in an attempt to support crude prices in the face of a looming supply glut mainly due to booming US output.

Following a meeting in Vienna, OPEC said Friday the producer group would reduce supplies by an additional 500,000 barrels per day, bringing the total cuts to 1.7 million barrels daily.

Led by Saudi Arabia, OPEC and its allies have been limiting their production since 2017. Their existing agreement aimed to remove 1.2 million barrels per day from world markets and is due to expire in March 2020.

OPEC's statement made no mention of extending the cuts through June or even December 2020, as some analysts had expected. Still, oil markets were supported by news of the additional cuts and pushed US crude prices up by 0.8% to $59 a barrel.

"This additional adjustment would be effective as of 1 January 2020 and is subject to full conformity by every country," OPEC said.

The restraint by OPEC and Russia has largely succeeded in supporting prices, though they remain well below the $70 per barrel level hit in October 2018. The problem is that non-OPEC nations, led by the United States, continue to ramp up production.

Oil output from non-OPEC countries is expected to surge by a record 2.3 million barrels per day in 2020, according to consulting firm Rystad Energy. That would easily top the previous record of 1.96 million set in 1978.

Saudi Arabia, OPEC's biggest producer by far, has been doing much of the heavy lifting to curtail supply. It has been producing less than its OPEC quota for most of this year.

The current oil price is particularly important for Riyadh because Saudi Arabia is about to list shares in its state oil monopoly, Saudi Aramco, for the first time.

— Matt Egan and Charles Riley contributed to this article.