Raleigh, N.C. — A master plan that would update the area of and around the North Carolina State Farmers Market is getting some negative publicity after a petition circulated this weekend on social media.

The petition, which got almost 10,000 signatures in the first 24 hours, urges people to sign and to contact Raleigh, Wake County and state lawmakers to register their disapproval with a plan that, the petition says, would "trade our farmers market for luxury, high end, expensive condos !"

But the truth of the master plan is more nuanced. The plan, funded by Dorothea Dix Park Conservancy Group, recommends three main changes to the farmers market property:

1. The creation of “Districts” to include:

2. A network of paths to " create connections to adjacent attractions" and "improve and enhance both pedestrian and vehicular circulation throughout the campus."

3. Incorporation of Agricultural Theme throughout campus

The conversion of the existing wholesale area to new shops and restaurants has some farmers and shoppers especially concerned.

Vaughn Ford, who joined other wholesalers in launching the petition, said his family’s business has been selling fruits and vegetables out of the State Farmers Market in bulk for since 1946. They distribute to schools, restaurants and hospitals.

"We wanted to get the word out," Ford said. "We felt like there was a handful of people deciding for everyone what was happening to the State Farmers Market."

He and other wholesalers say they wish they had been part of the planning process.

Farm stand owner Stephanie Moore said she signed the petition because the farmers and wholesalers rely on each other.

According to the master plan, the objective is to provide greater access to the farmers market, increase customers and increase revenue while linking what is one of Raleigh's top destinations to the in-the-works Dorothea Dix Park, the nearby greenway and North Carolina State University.

"We started asking questions and found out they had planned to remove us from the market totally," said Lynn Ford, of Fords Produce Company, told WRAL News in September. 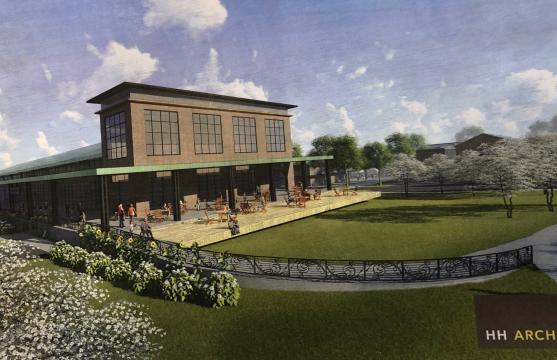 State leaders say the market will become more profitable if they partner with the park and turn the farmers market into more of a destination, even if it means getting rid of the wholesalers.

“We look forward to working with our vendors and patrons so that the market can reach its full potential. The State Farmers Market has done what any responsible organization does and has a plan for its future. There is no plan to cancel any vendor’s lease.

“When planning for the future of the market, our goals center around supporting farmers, creating an identity and an experience and connecting to Dix Park and the surrounding destinations.

“While no one can be certain what the market will look like in 25 years, our goal is to provide the best possible outcome for people who sell and buy at the market.

“What we know now is appraisal values of real estate have dramatically increased. While we want to provide the most affordable rate possible, we are bound by state law to lease at a fair market value rate.

“It is important to remember that any changes will be many years, possibly 25 years or more, down the road. Any change will also require a large cash infusion of up to $80 million, which we have not seen any indication will materialize."