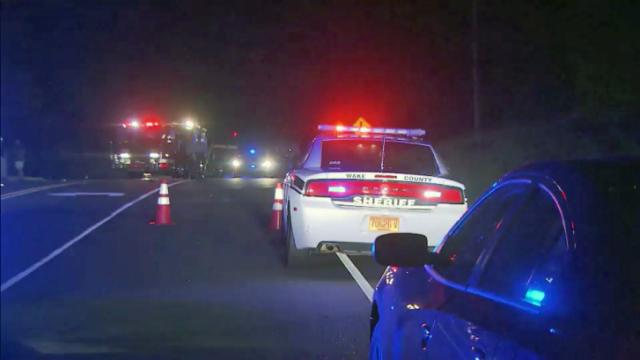 Raleigh, N.C. — A motorcyclist died late Monday after a two-vehicle wreck on Durant Road near Stropshire lane in north Raleigh, according to the North Carolina State Highway Patrol.

Law enforcement officials responded to the area at about 10:30 p.m. Troopers said the wreck happened when a motorcycle traveling west on Durant hit a Honda CR-V that was traveling eastbound on Durant and trying to turn left on Stropshire.

The motorcyclist, whose name has not been released, was pronounced dead at the scene. The driver of the SUV was not hurt.

It's unclear if charges will be filed. Durant Road was blocked for several hours following the crash.