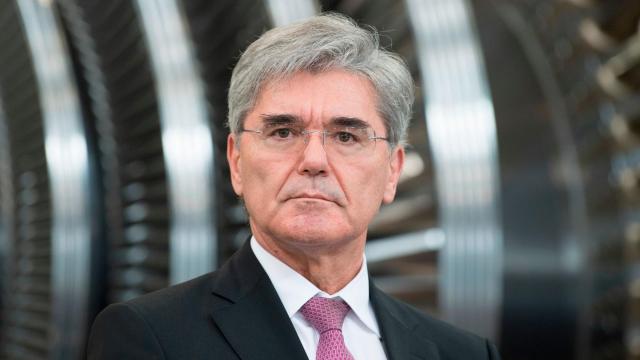 CNN — The CEO of German industrial giant Siemens says that President Donald Trump is becoming a symbol of intolerance following his attacks on four female members of Congress.

"I find it depressing that the most important political office in the world is turning into the face of racism and exclusion," Joe Kaeser said Saturday on Twitter.

Kaeser's remarks are the most prominent criticism from the business world to a Trump rally last week in North Carolina. The US president attacked Somali-born Minnesota Representative Ilhan Omar and the crowd chanted "Send her back! Send her back!"

The rally followed a series of racist tweets in which Trump suggested that four minority congresswomen "go back" to their home countries. Three were born in America and all four are US citizens.

Kaeser suggested that Trump's attacks do not reflect the America he knows.

"I lived in the USA for many years and experienced freedom, tolerance and openness as never before," he added in his Twitter post.

Kaeser, who started work at Siemens in 1980, has demonstrated a willingness to speak frankly on controversial political issues.

Siemens wrote an open letter to its employees in the German state of Saxony in 2018 after anti-immigration protesters there were photographed giving the outlawed Nazi salute. The letter denounced xenophobia.

Earlier in the year, Kaeser sharply criticized a German lawmaker, saying that their nationalism would harm the country's prosperity.

"I'm there to represent the company and be accountable to the shareholders; on the other hand, if people turn their head away. ... Well, we had that time in Germany," Kaeser told the Financial Times in May 2018.

"Nobody spoke up. Then it was too late," he added.

Kaeser also took a stand when he pulled out of Saudi Arabia's Future Investment Initiative following the murder of Jamal Khashoggi at the Saudi consulate in Istanbul, Turkey.

"As soon as I heard of his death, it was clear to me that we couldn't simply move on and do business as usual," Kaeser said last October.