One man dead, another injured in Harnett County shooting 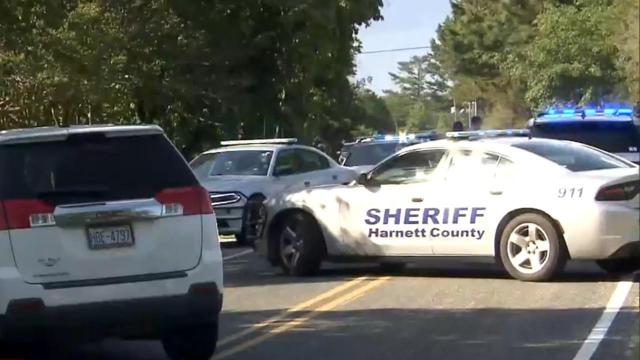 Lillington, N.C. — One man was killed and another was injured in a shooting that happened in Harnett County on Saturday.

Harnett County Sheriff Wayne Coats said deputies responded to a 911 call just after 4 p.m. When they arrived at 15 Cater Lane in Lillington, they found a man who had been shot and killed and another who was injured after also being shot.

Coats said the person who died was Montice Williams, 31, of Benson. The name of the injured person has not been released. He was transported to a local hospital. His condition was unknown.

The sheriff's office was still on the scene Saturday evening collecting evidence and investigating the cause of the shooting.