One killed, one critically hurt in Fayetteville crash 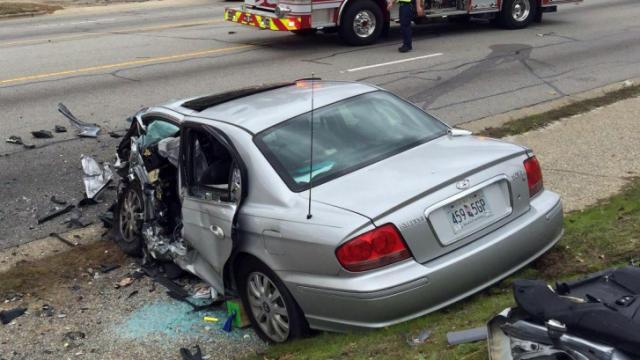 Fayetteville, N.C. — A man was killed and a woman was critically injured Monday afternoon in a head-on collision on Pamalee Drive in Fayetteville, police said.

Kgositsile Johnson, 48, of Fayetteville, was westbound on Pamalee Drive at about 1:30 p.m. when his Honda Accord went into oncoming traffic near Lady Cheryl Drive and collided with a Hyundai Sonata driven by Kateria Charelle Poe, 27, of Fayetteville, police said.

Johnson was pronounced dead at the scene, and Poe was taken to Cape Fear Valley Medical Center.

Police said the crash remains under investigation. Anyone with information about it is asked to call officers with the Fayetteville Police Department’s Traffic Unit at 910-433-1830.