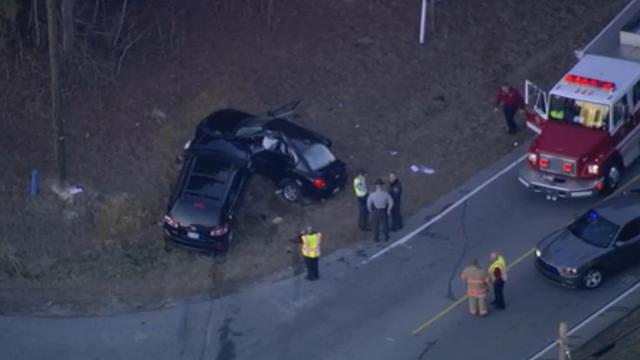 Fuquay-Varina, N.C. — One person was killed Wednesday afternoon after a vehicle collided with another at West Academy Street and Barefoot Road, located south of Fuquay-Varina.

The wreck happened after a vehicle traveling on Barefoot Road pulled in front of a vehicle travelling east on West Academy Street, the North Carolina State Highway Patrol said.

The driver of the first vehicle was killed. The second driver was taken to a hospital. Her condition was not immediately available.

No charges are expected because the driver believed to be at fault was killed, troopers said.

The names of the drivers were not immediately released.