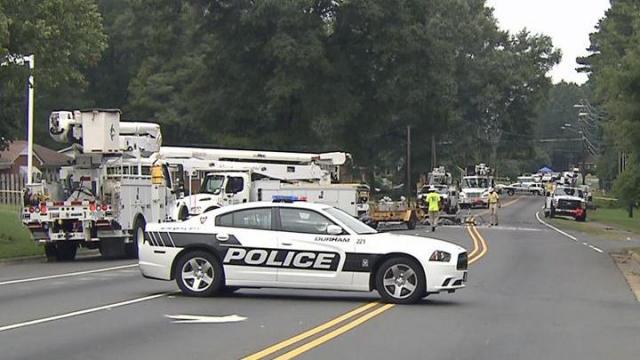 Durham, N.C. — A 34-year-old Durham man was killed early Saturday when shots were fired into an SUV near the intersection of North Duke Street and Horton Road, Durham police said.

According to investigators, multiple shots were fired into an SUV being driven by Haywood Jabbar Downey at about 3:15 a.m., causing it to collide with a Toyota sedan that was traveling westbound on Horton Road. The Toyota crashed into a power pole, causing it to break, and the SUV went into a yard and hit a tree, police said.

Downey, who investigators said was shot at least once, was pronounced dead at the scene.

The driver of the Toyota was taken to a local hospital for the treatment of non-life-threatening injuries.

No arrests have been made in the case. Anyone with information about the shooting should call Durham Crime Stoppers at 919-683-1200. Crime Stoppers pays cash rewards for tips that lead to arrests in felony cases and callers never have to identify themselves.