One killed in Carrboro crash 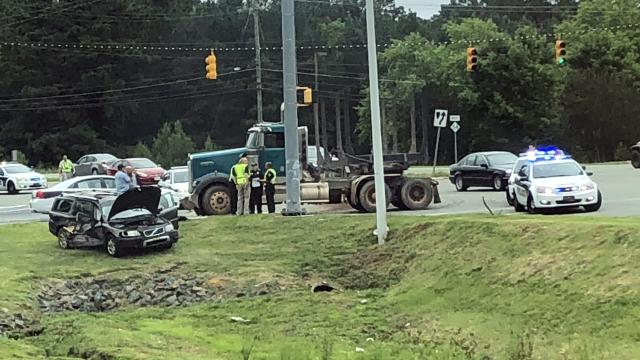 Carrboro, N.C. — One person was killed Tuesday afternoon in a crash in Carrboro, police said.

Two vehicles collided on N.C. Highway 54 and West Main Street at about 1:15 p.m.

Rita Slotnick, 86, of Chapel Hill, was pinned in one vehicle and had to be extricated by first responders. She was pronounced dead at the scene.

Another person in the same vehicle was taken to UNC Hospitals for treatment. The driver of the second vehicle was uninjured.

No other details were released. The identities of the people were being withheld pending notification of family.

The crash forced police to close eastbound N.C. 54 and limit westbound traffic for about 90 minutes.