One killed, 3 injured in Garner wreck 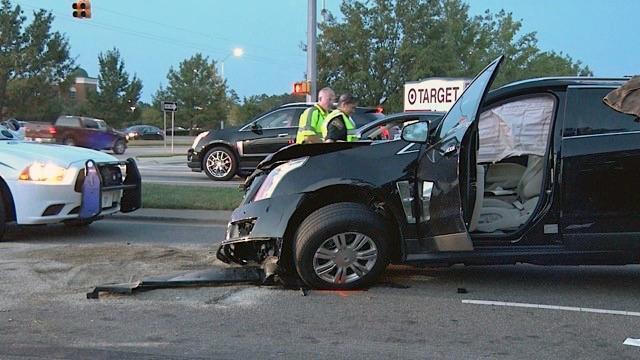 Garner, N.C. — A woman was killed and three men were seriously injured Wednesday evening in a wreck near the popular White Oak Shopping Center in Garner, police said.

Officers responded to the intersection of White Oak Road and Timber Drive east at about 6:30 p.m. According to investigators, a Cadillac SUV driven by Brenda Culbreth, of Garner, collided with a BMW sedan driven by Javier Orlando Alvarez Lopez.

Culbreth, 69, was taken to WakeMed, where she died. Lopez, 22, and two passengers in his car, 23-year-old Jose Francisco Torres, and 21-year-old Agustin Alejo Pascual, were taken to the hospital for the treament of serious injuries.

No charges have been filed in the wreck, but an investigation is ongoing. Anyone who witnessed the crash should call the Garner Police Department at 919-772-8810.