1 in 9 licensed NC drivers suspended, but not for bad driving 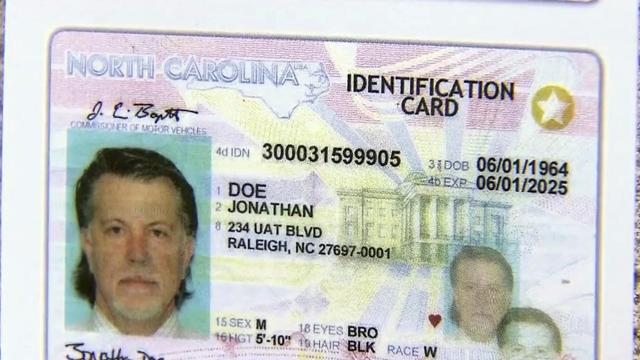 Raleigh, N.C. — Close to 1 million North Carolinians have suspended driver's licenses not because of dangerous driving, but because they owe the courts system money or failed to show up for trial.

That's roughly one of every nine licensed drivers in the state.

The high number, and a relatively low churn rate of people getting their licenses back, points to a systemic problem for reform advocates, despite a state system that is more forgiving than others around the country.

North Carolina is one of 43 states with some version of this policy, using driving privileges to collect court debts, according to a report out Tuesday from the Legal Aid Justice Center. The left-leaning group filed a federal lawsuit last year to change the practice in Virginia.

With public transportation routes limited, and many jobs requiring a driver's license, suspensions make it difficult for people to earn enough money to pay their fines, the 50-state report concludes. In describing a cycle of poverty, the authors highlight the story of a Virginia mother convicted for grand larceny in 2002.

The woman served her time but hasn't been able to to pay court costs, including charges for the public defender assigned to her case, the report states. She's been caught driving on a suspended license so many times that she served 23 days on the charge last year and lost her job, the report states. Her court debts total nearly $4,500.

North Carolina doesn't suspend licenses over unpaid court costs for all criminal charges, only for unpaid debts stemming from traffic tickets. Unlike many states, North Carolina's law provides an out for those who can't afford to pay.

But this ability to show the court that you can't afford a fine comes after a suspension takes effect. Daniel Bowes, a staff attorney with the North Carolina Justice Center and a contributor to the national report, said people often don't know about the option.

"Theoretically, the protections are there," Bowes said. "It's just that they're not being utilized."

The numbers suggest that, once suspended, people have a hard time getting their licenses back. The North Carolina Division of Motor Vehicles said earlier this year that it has about 933,000 customers suspended either for failure to pay court fines or for failure to appear in court. In the last year, just over 59,000 people in this category had their licenses reinstated, DMV figures show.

"It really just shows how severe and long term this is," Bowes said.

"It's meant to be such a severe penalty that you go to court or that you pay the fee," he said. "People aren't (doing that). We think a lot of that has to do with poverty."

Cristina Becker, who focuses on criminal debt issues for the American Civil Liberties Union in North Carolina, said people often plead guilty to charges without knowing failure to pay the fine and other court fees will see them lose their license. Becker spends some of her time simply sitting in court, watching cases as they're adjudicated. She said people facing traffic fines often don't have attorneys, and that "people are definitely not being informed" before they plead that they could lose their license.

Wake County Assistant Public Defender Emily Mistr said the process to waive these fees is poorly known, even to people who work in the courts system. She also said people who plead guilty to traffic offenses, but get credit for time served, can be assessed for court costs they aren't aware of.

"I'm not even sure if the defendant even gets paperwork that tells them court costs are assessed in that case," she said.

Court fees and late fines have increased significantly over the years, and not all counties offer payment plans. Guilford County Clerk of Superior Court Lisa Johnson-Tonkins established payment plans in her jurisdiction when she was district attorney but said some counties accept only full payment.

"It's kind of a county-by-county decision," she said.

The report also notes discrepancies between suspensions for dangerous driving and suspensions over court debts. In North Carolina, a first offense for driving while impaired can mean a one-year license suspension. For those who fail to pay fines, the suspension lasts until the debt is paid or the court is satisfied.