One hospitalized after early morning house fire in Raleigh 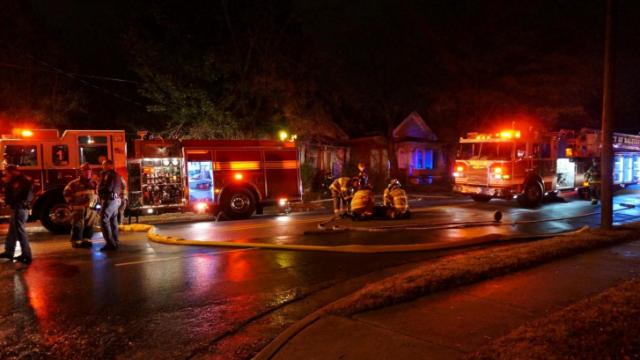 Raleigh, N.C. — One person is in the hospital Thursday following a Raleigh house fire authorities are calling suspicious.

The blaze broke out shortly before 1 a.m. Thursday at a home on South Saunders Street near Dorothea Drive. Authorities say they found one man outside with burns on roughly 60 percent of his body.

His name and condition have not been released.

About 40 percent of the home was damaged in the fire, which tore through a storage room that extended into the back of the house.